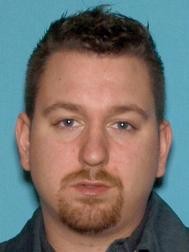 When dealing with the Police just listen and comply with our orders.  If  you do not do what we ask or order you to do there will be action against you. In this instance he was offered a ride home.  Free of charge.  He was told to leave but came back and opened his mouth.  Just do what the Police ask you to do. If not, you get a ride to the Police Department, you get to meet a judge and then will have a criminal record. Your life is stressful enough.  Do not make us arrest you.