NEWTON, NJ – Locals gathered on Saturday, October 18 to enjoy music, food and fun for a good cause at the first Newton Country Cool Festival at Sussex County Community College.

The Newton Country Cool Festival was a special fundraising event presented by the Town of Newton, The Mitchell Agency, and Sussex County Community College.

By approximately 2:30 p.m., 300 attendees made their way to the festival. For a $3 cover, guests could enter, with all of the proceeds benefitting the Sussex County Food Pantry and the Newton Fire Museum. 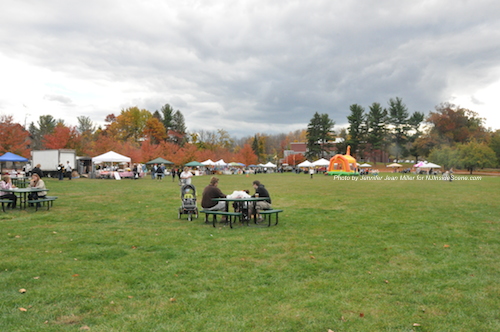 Attendees visited the food and vendor booths, and had the opportunity to listen to live bands at the Newton Country Cool Festival. Photo by Jennifer Jean Miller. 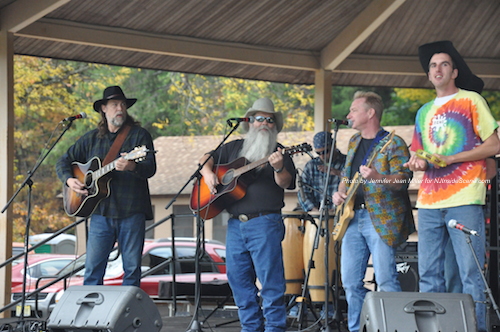 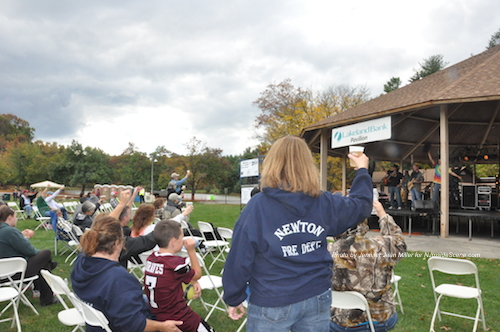 R.E.N.O. asks members of the audience to rise for a toast for those who serve, including those in emergency services and the military. Photo by Jennifer Jean Miller. 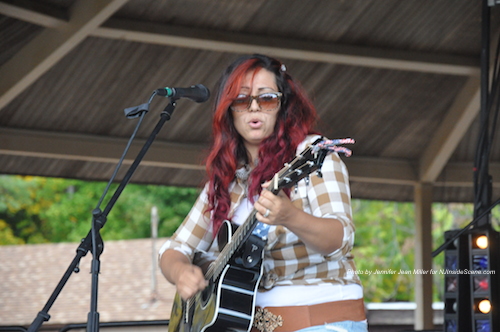 Nikki Briar jams on the guitar with the SweetBriar Band. Photo by Jennifer Jean Miller.

102.3 WSUS was present throughout the day with a live broadcast.

Those who attended the event were also asked to bring a canned food donation for the Stuff the Bus campaign, which takes place every fall throughout the county, prior to Thanksgiving. The bus was filling up with food midway through the event, with donations stacking outside of the entrance.

Russo said he received feedback that attendees were impressed with the effort, with it the first time for the festival.

“The vendors are doing great, and everyone is enjoying the food,” Russo added.

The weather held out for most of the event, with occasional sprinkles falling, and the clouds breaking in and out, making way for some bursts of sunshine. 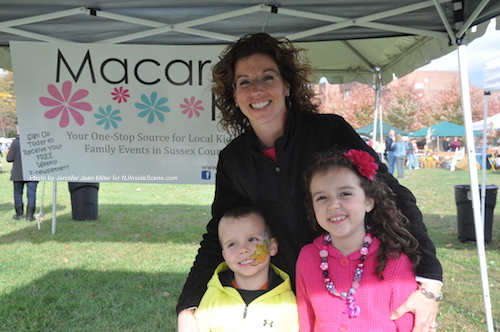 There was a Kid Zone area with a bounce house, face painting, and pumpkin painting and a pie-eating contest was also scheduled.

The Sussex County Social Services Food Pantry assists between 700 to 800 residents each month and the Stuff the Bus campaign, which started six years ago, has collected 400,000 pounds of food for distribution to those in need, since its inception. All donations collected are for residents of Sussex County.

Senator Steven Oroho (R-24) and his wife Rita, were two of the volunteers at the event sharing information about the food pantry, and the bags that volunteers prepare for those who frequent it. He said that donations at the event on Saturday were generous, with some bringing bags of groceries that they dropped off at the entrance. 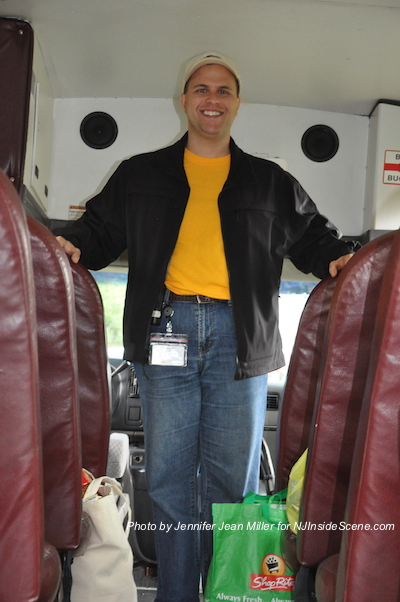 A sample of a bag of food given out to a single beneficiary who receives food from the Sussex County Food Pantry. Photo by Jennifer Jean Miller.

“When people know the need they really do give,” said Oroho.