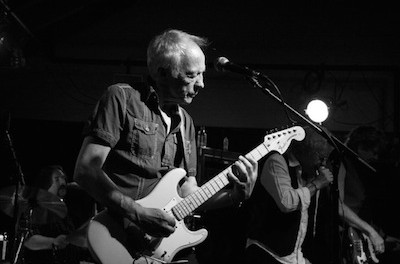 Robin Trower has been heralded as one of the most influential guitar players to come out of the British rock scene. As the guitarist who fronted for Procol Harum before launching his own celebrated four-decade career, Trower—a true axeman’s axeman—took the ethereal sound that Hendrix first introduced to the world and created his own signature sound and style.

The Robin Trower story started in the mid Sixties when he began his recording career in the Southend rhythm and blues band the Paramounts. But the first time Trower truly surfaced on rock’n’roll’s radar was in 1967, with Procol Harum – house band of the Summer of Love. Though not on their mega-hit A Whiter Shade Of Pale, he completed five albums and many tours with them before breaking away for a solo career in 1971.

He rates leaving “the best career decision I ever made’” but admits that “the big break for me was Gary Brooker getting me to join Procol. That opened up the whole world. Without that I would never been able to go on and do what I’ve done.”

Trower modeled his band on the power-trio blueprint  of Cream and Taste, as well as the Jimi Hendrix Experience. His atmospheric, effects-laden Stratocastering brought inevitable initial comparisons with Hendrix, but he quickly made his own mark.  Robin, along with the vocal talents of James Dewar, a hard-living Scot whose voice will always be associated with the Robin Trower Band, proved to be a musical powerhouse.

Robin soon found himself outselling Procol by a considerable factor as he tuned in to the heavier zeitgeist of a new decade, his second album, ‘Bridge Of Sighs’ reached the Top 10 in the States. 2014 was the 40th anniversary of the release of ‘Bridge of Sighs’. This collection of songs is in every budding guitar slinger’s reference library, and has influenced a generation of musicians.

The success of Bridge of Sighs gave Robin the freedom to explore musically such great collections as ‘In City Dreams’ and ‘Caravan to Midnight’ showing Robin’s maturing song writing abilities.

His most current album ‘Roots and Branches’, which garnered rave reviews, is a revelation. This may be Robin’s finest indie release, with a mix of covers – the roots – and new material – the branches. The entire set is tribute to an artist still growing in power and dexterity, but most of all in emotional expressiveness.