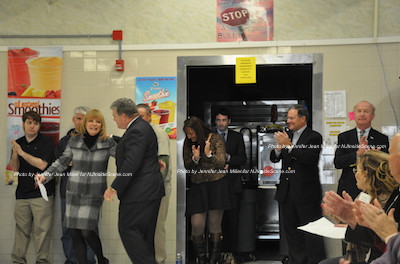 A beaming Assemblywoman-elect Gail Phoebus (R-24) being selected to take her seat on the assembly. Photo by Jennifer Jean Miller. 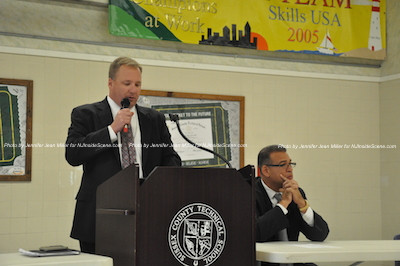 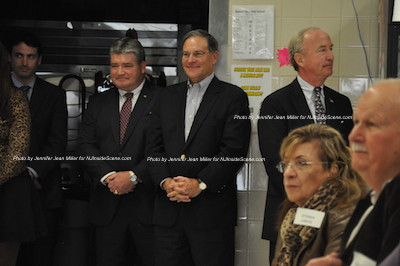 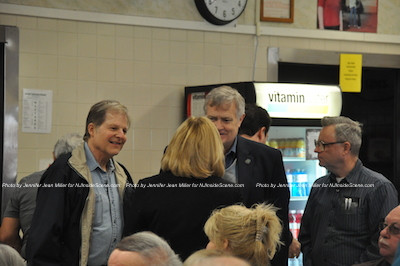 After McHose was chosen to lead in the Pledge of Allegiance, McHose received a standing ovation for her service to the Assembly. 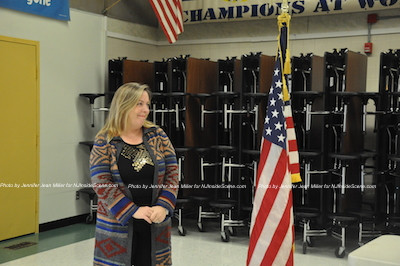 Alison Littell McHose receiving commendations for her work in the assembly. Photo by Jennifer Jean Miller.

Bramnick explained that he was there for the selection and election for Phoebus and said that both Phoebus and Space represented working people from family businesses. 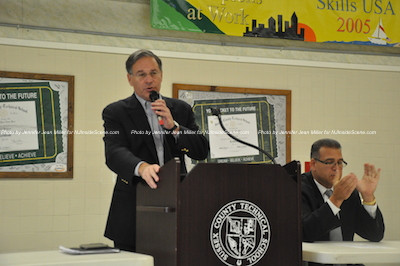 Acting Governor Guadagno, who took to the podium next said, “It’s energizing for the Republican Party to come here and see you all out it 9 a.m. It debunks all the myths.” 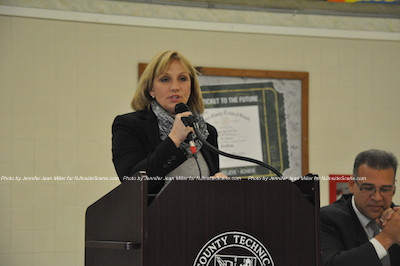 Guadagno congratulated Bramnick for all he has accomplished, as well as Wirths for his work on job creation in the state.

Oroho thanked everyone as well for attending and gave his nomination for Phoebus. He noted how important Sussex County is within the state to have the Lieutenant Governor, Minority Leader and two Congressmen present at the event. He then shared Phoebus’s accolades – a resident of the district since 1957, Newton High School Graduate, Centenary College Graduate, wife, mother, grandmother, business operator, volunteer in the community for many years, leader in municipal government including mayor, and Sussex County Freeholder. 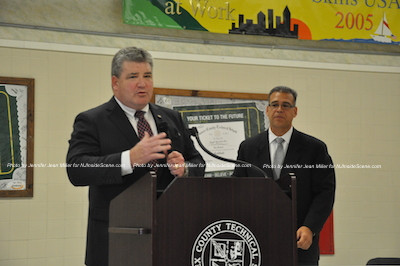 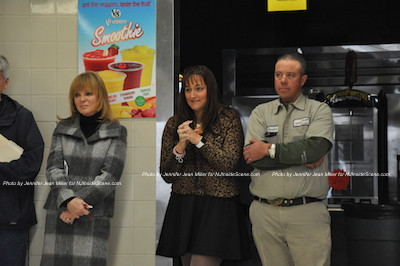 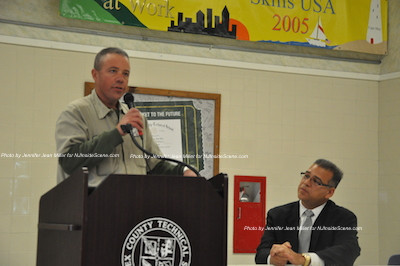 “Alison was awesome, and is a good friend,” Space said. “Gail will carry on in her footsteps.”

Phoebus, whose full remarks are in the video below came to the podium with misty eyes. 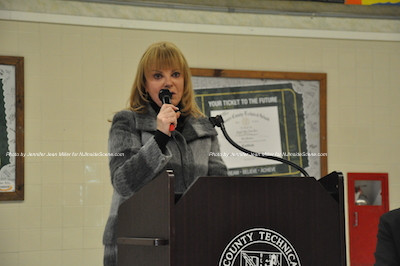 “This is extremely humbling,” she said. “I will promise you I will work hard for all of you. My door will always be open.”

Her husband and daughters were not present that day, explaining that as small business owners they were preparing for a wedding at the Farmstead Golf & Country Club. Later, she said so her daughter could work, she would babysit her grandchildren. 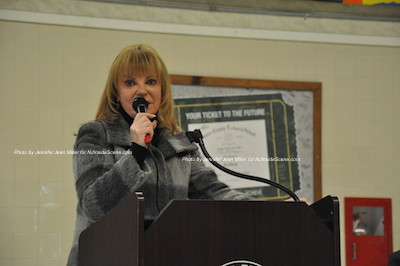 Gail Phoebus at the podium. Photo by Jennifer Jean Miller.

She described the Republican Party as “adults” and the Democrats as “adolescents.” While she said that Republicans have been working to attract jobs, Democrats, she said, have been working on Fantasy Football. She also said that the Democratic Party needs to come to grips with terrorism. She said that Liberal Democrats do not understand the rural way of life, which she described as real life, based on comments made during the debates prior to election. She said she will amplify the party, work and “give the Democrats a piece of my mind they soon won’t forget.”

Following a brief interlude when those from Morris and Warren Counties departed, Sussex County selected and swore in the individual who would take Phoebus’s seat on the freeholder board. 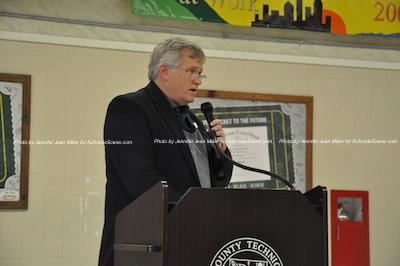 Graham first took to the podium to nominate Jonathan Rose, who was one of two elected to the post in the elections. Graham said that Rose would “make a fine fit with myself, Rich Vohden and Phil Crabb.” He also praised the younger generation of those in the party including: Rose, Lou Crescitelli, Kelly Ann Hart, Don Ploetner and Anthony Fasano. He also pointed out that Rose is an Eagle Scout and his brother had been his scoutmaster. 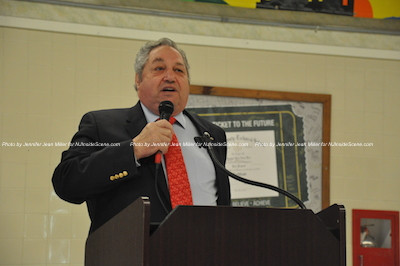 The second nomination came from Carl Lazzaro, Rose’s running mate. Lazzaro praised Rose for his work as mayor, which he described as a “unique responsibility,” being a mayor himself. 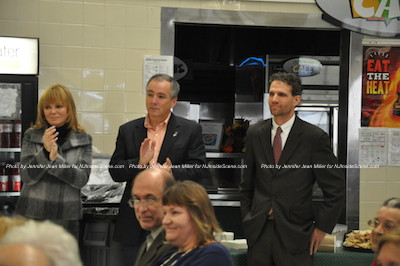 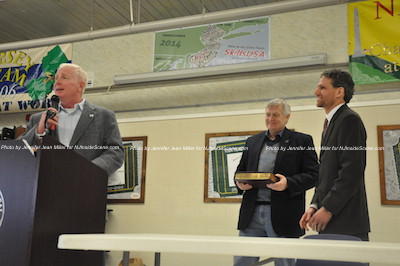 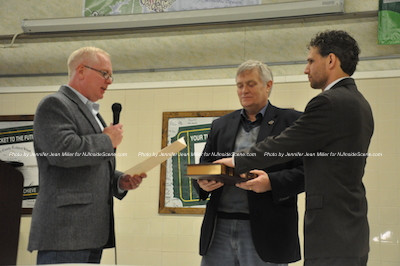 After Rose was sworn in by Parrott, with Graham holding the Bible for him, he told the group, “I promise you I will both in a conservative and transparent fashion this county deserves.” 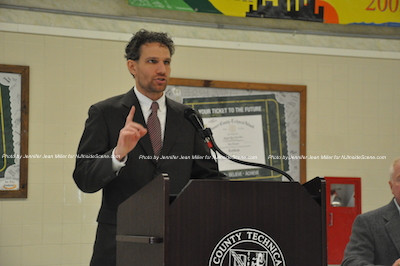 The morning concluded with both Garrett and Frelinghuysen speaking about topics in Washington, and praising Sussex County leadership. Frelinghuysen especially remembered friend Senator Bob Littell (R-24) and Littell’s work in the county especially on infrastructure, marveling at the naming of a section of Route 15 in his memory. Frelinghuysen noted though that Littell was “never more proud than being a U.S. Marine.” 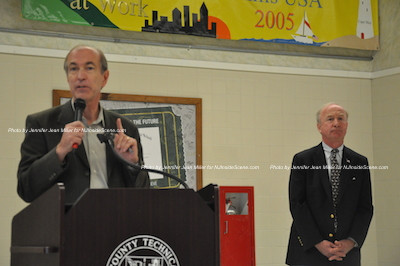