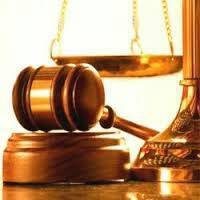 NEWTON – The Law Office of Glenn T. Gavan, Esq. LLC marked its one-year anniversary on August 1 in its new location at 93 Main Street, Suite 102 in Newton.

Gavan has been practicing law in New Jersey since earning his Juris Doctorate with honors from New York Law School in 1993. He began his career in Sussex County in 1994, launching his own practice in 2013.

Gavan’s practice concentrates on Municipal Land Use and Municipal Court Litigation, and he currently serves as the Combined Land Use Board Attorney for Sandyston Township and Sussex Borough. He is also the municipal prosecutor in West Milford. In the past, he has served as the attorney for the Franklin Borough and Sparta Township Planning Boards; the Board of Adjustments for Franklin Borough, North Caldwell, and Stillwater Township; the Combined Land Use Boards for Lafayette Township and Franklin Township (Hunterdon County); and the Governing Bodies of Sparta Township, Sandyston Township, and Sussex Borough.

Gavan has also served a wide-range of agency and corporate clients during his career.

Before beginning his legal practice, Gavan served in the U.S. Navy from 1979 through 1990. As an enlisted man he earn the rank of Petty Office Third Class. While enlisted he earned an N.R.O.T.C. Scholarship to Villanova University. Upon completion of his Bachelors Degree IN Business Administration he was commissioned in the Navy and designated for service on surface ships. He was additionally awarded the Surface Warfare Designation, received the Navy Achievement Medal, and was promoted early to Department Head, during his tenure.

Gavan was an adjunct professor at Sussex County Community College from 1994 through 2005.  He also served on the Board of Trustees at SCCC for 6 years.

He has additionally been involved with the Kittatinny Youth Football League, the Stillwater-Fredon Little League, as a board member with the United Way, as a trustee with the Sussex County Economic Development Partnership, and is a member of the Knights of Columbus.