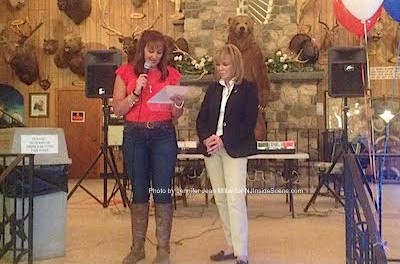 Marie Bilik has some nerve.  She complains that her “opponents” caused residents of Sussex, Warren, and Morris counties to question where she lived when, in fact, she herself caused it.  When asked by friends and neighbors who hadn’t seen Bilik around in a while, she publicly wrote on Facebook that she “lived in Virginia.”

So Marie, you raised the issue when you said you “lived in Virginia.”  Don’t go blaming that on your opponents.

And don’t go trying to compare yourself to Congressman Garrett.  Scott Garrett was elected by the people who sent him to Washington to represent them there.  You retired from a job in Trenton, began collecting a state pension, and then moved 250 miles to work for a Washington, DC lobby organization that lobbies Congress — often taking a position that most Republicans disagree with, like supporting Common Core.  You collect both a taxpayer-funded pension and a paycheck.

So when you say that you intend to “retire” if you get elected to the Assembly, what you really mean is that you are already retired and will continue to collect a state pension and another paycheck — only this one will be from the state too.

Lastly, I take issue with your attack on my husband and his running mate for “having a job.”  The perspective you bring to the State Legislature is important and they bring the perspective of hard working taxpayers — Parker Space, a farmer and Gail Phoebus, a businesswoman — people who lived and worked their whole lives here.

What is your perspective?  That of a Trenton lobbyist who retired, started collecting a state pension, and who is now working for yet another lobbying organization?  Only this time in Washington, DC?  Don’t you dare mock regular people who have to work for a living.  Don’t you dare say that working should disqualify someone from serving in the Legislature.