Sussex County Community College Gear on display at the store.

NEWTON – The ribbon was cut and the crowd poured into Sussex County Community College’s (SCCC) new Barnes & Noble Bookstore today, for the bookstore’s grand opening celebration. The guests in attendance enjoyed sparkling apple cider and a bevy of decadent desserts, to kick off the special event.

“I just think this is good for the college, to have a national brand like Barnes & Noble,” SCCC President, Dr. Paul Mazur, remarked to NJ Inside Scene. 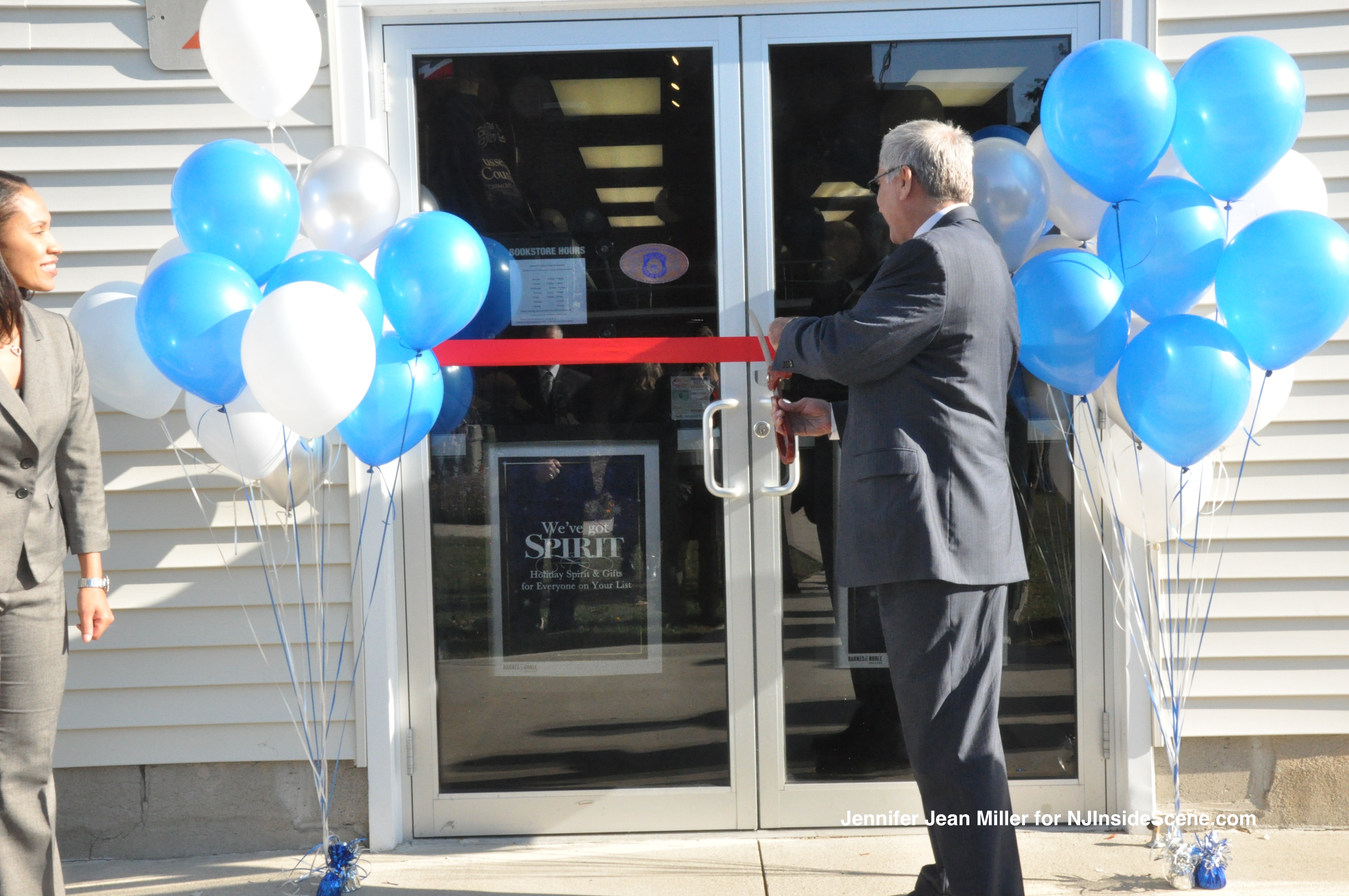 Dr. Paul Mazur cuts the ribbon to the store entrance.

Mazur said that in addition to textbooks (including the Barnes & Noble textbook rental program) the store is planning to carry featured book titles, and already has a few on its shelves. The store is also currently carrying Barnes & Noble NOOK tablets and store gift cards. They also sell SCCC gear (sweatshirts, t-shirts, and more), and snacks.

Nooks on sale within the store.

The collective and excited buzz among faculty, staff, students and employees who attended the grand opening, was about the possibility of a Starbucks Coffee operation within the store.

“Eventually, they will be selling Starbucks Coffee,” Mazur said.

“My secret hope is that Starbucks comes up here,” confessed Craig Mackey, who is employed at the college’s IT Department, and has been a part of the project to integrate Barnes & Noble with the college’s bookstore.

Angelina Carvalhal, Regional Manager for Barnes & Noble College, the arm of the company that oversees the chain’s bookstores within college campuses, said the store is waiting for approval from the Town of Newton for permission to have the coffee franchise within the bookstore. The current bookstore space could accommodate a small coffee area.

The college’s and bookstore’s shared vision, is for the bookstore to become a destination not only for students, but for the community as well, with local residents invited to come to browse, shop, and enjoy some Starbucks, once the coffee section of the store is in place.

Frank Nocella, SCCC’s CFO, was instrumental in working with Barnes & Noble as a liaison for the college. 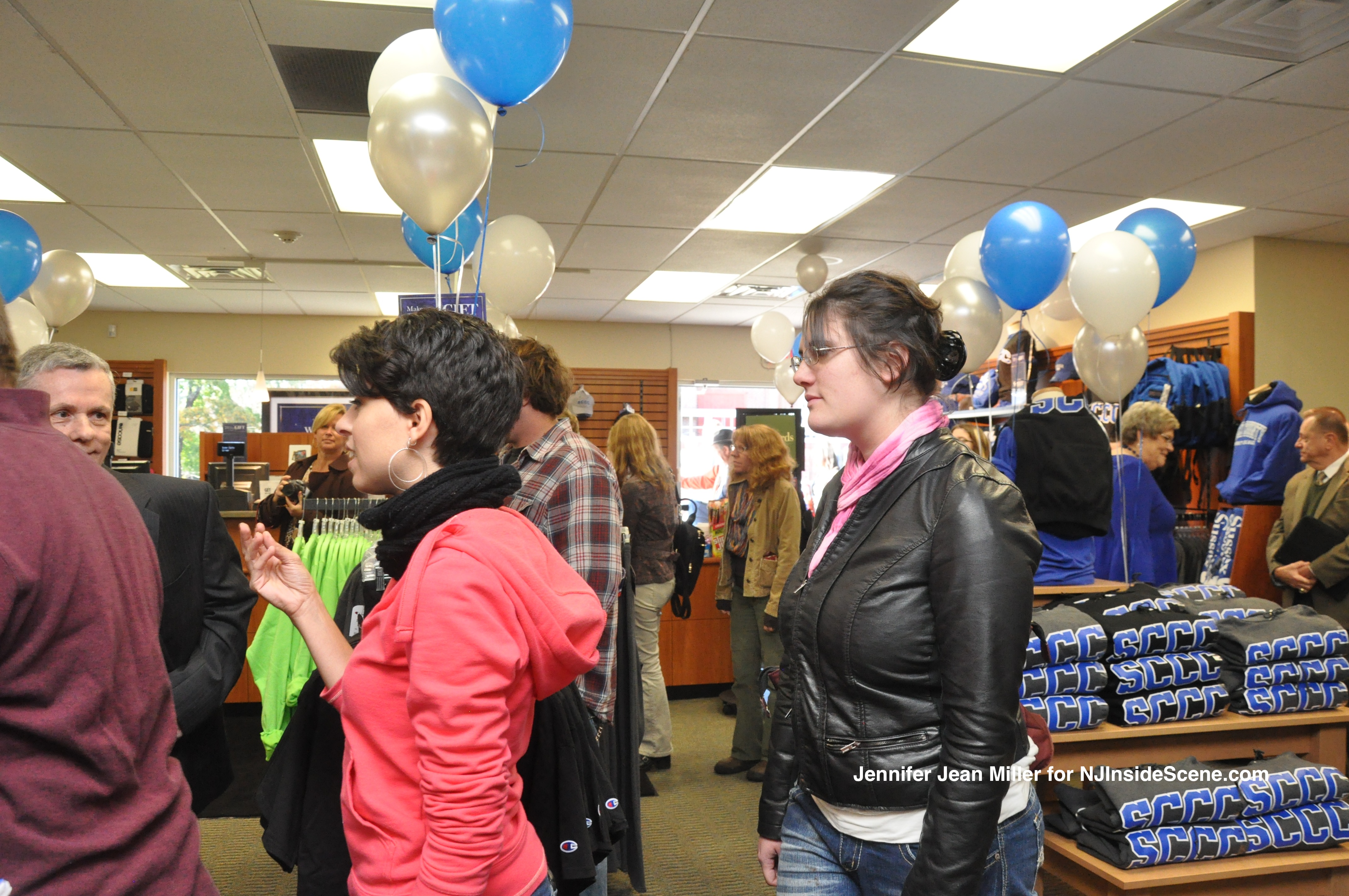 Guests socialize while the browse in the new store.

“We’re happy to make a change on behalf of the students,” said Nocella.

Max J. Roberts, CEO of Barnes & Noble College, said, “We’re thrilled to be partnering with Sussex County Community College.  We are committed to providing a dynamic campus store, focused on delivering a retail and digital learning experience that complements SCCC’s mission of delivering the ‘advantages of a large institution combined with the unparalleled benefits of a smaller college.’”

Carvalhal, who is a regional manager for approximately 20 locations in the region, said that the staff looks forward to working with the college and community. She was impressed by the amount of attendees at the grand opening.

“We love the intimate environment, where we can interact with all customers and have a dialogue about what they are looking for,” said Carvalhal, glancing around the store as she spoke with NJ Inside Scene.

Erroll Narvaez is the store’s manager and Janetta De Learie its assistant manager. Narvaez had previously been employed for three years as the assistant manager at the Bloomfield College location. New to the area, both are enjoying work at the campus and Sussex County overall. 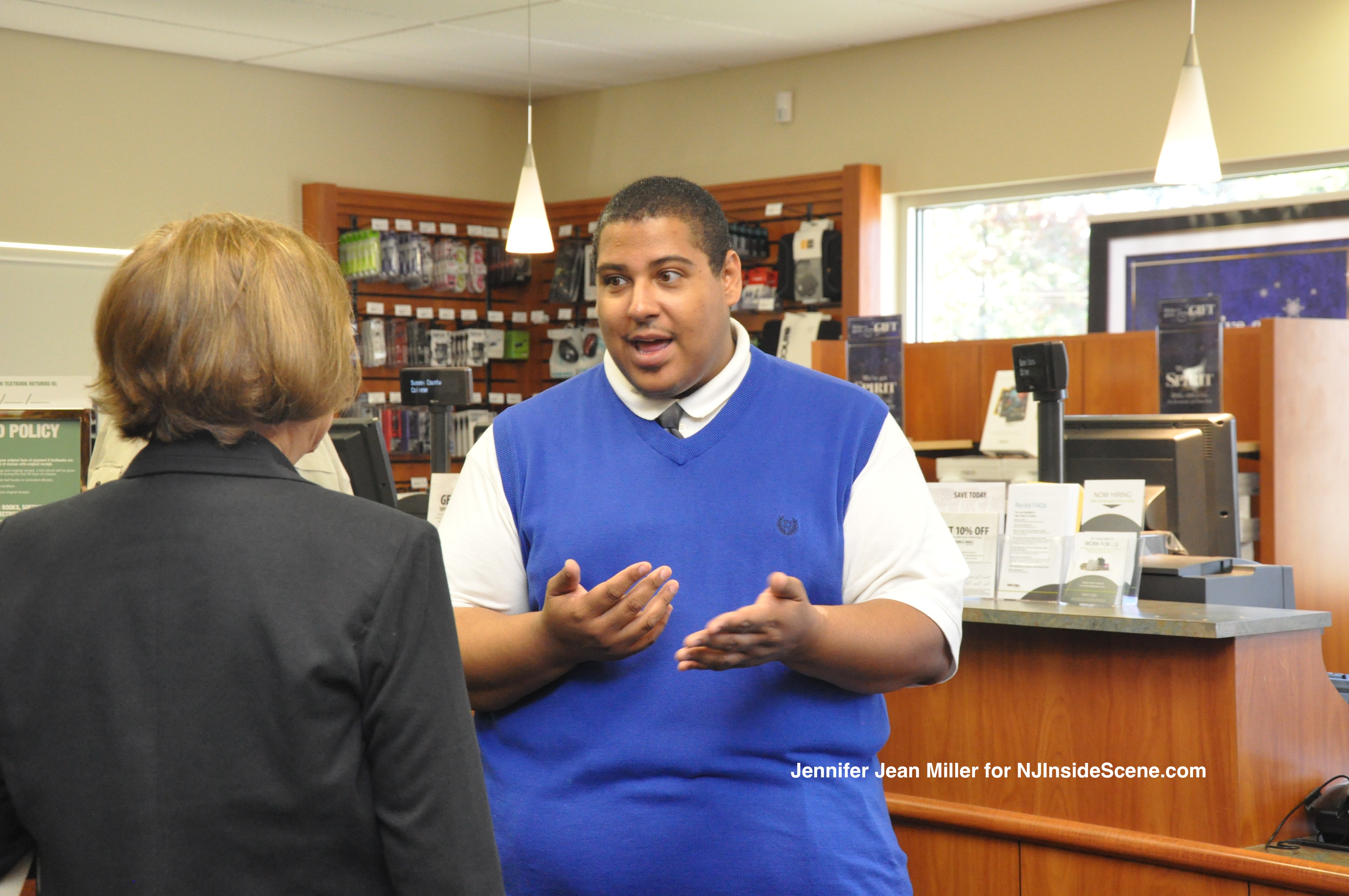 Carvalhal will be at the store frequently, to ensure the operations are running smoothly, and to continue to build relationships with the college and community.

Mackey raved about the Barnes & Noble team overseeing the store.

“They are super here,” he said.

There are opportunities as well for SCCC students to work at the store, Nocella told NJ Inside Scene, and members of the community are also eligible to apply.

The store can assist with all Barnes & Noble purchases, including special orders.

Carvalhal said the store is currently running a 25 percent off special on all purchases at the store, through this week.

The bookstore stayed open late than usual today, and normal hours are weekdays, as follows:

The Barnes & Noble College Booksellers and Sussex County Community College Bookstore will also be open for special events throughout the academic school year.

Get on the scene, with NJInsideScene.com! And while you’re at it, check us out on Facebook!