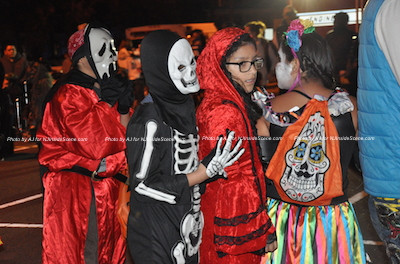 Goblins and ghouls walk around in Newton's costume parade. Photo by AJ for NJInsideScene.com.

NEWTON, NJ – The Town of Newton was aglow on Sat. Oct 31 with Halloween fun. In addition to trick or treaters who made their way through town stopping to homes for goodies, last night there were other activities.

Many local establishments hosted their own Halloween parties. Plus, as a joint effort with the Newton Fire Department and Newton Moose Lodge, the annual Halloween Parade and costume contest took place. 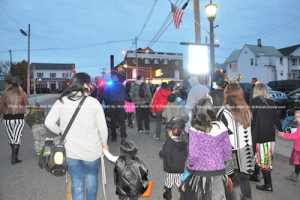 The Newton Halloween Parade makes its way along up to Spring Street. Photo by Jennifer Jean Miller.

The parade begins annually on Halloween night at approximately 6 p.m. in the parking lot across the street from The Newton Theatre. From there, participants of all ages parade through the center of town along Spring Street and then down Moran Street, with the procession ending in the parking lot on Trinity Street across from the Municipal Building. The Newton Police closes off Union Place, Spring Street, Moran Street and Trinity Street during the parade to vehicle traffic. 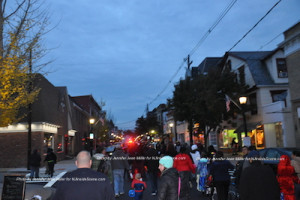 The parade of people of all ages makes its way through Newton. Photo by Jennifer Jean Miller. 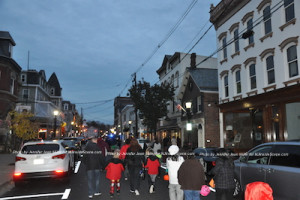 Dusk falls on the Town of Newton as people march through the streets in costume. Photo by Jennifer Jean Miller.

Following the parade, attendees can participate in the costume contest, which is broken down into age groups. 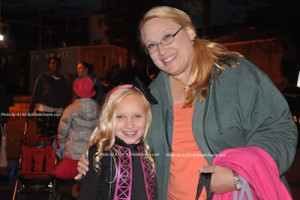 Mom and daughter enjoy the parade together. Photo by AJ for NJInsideScene.

“The Joker” hits the catwalk to be judged during the costume contest. Photo by AJ for NJInsideScene. 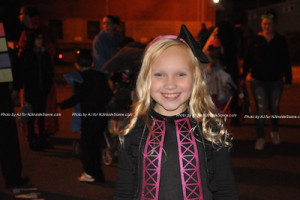 Dressed as the Eiffel Tower in Newton. Photo by AJ for NJInsideScene. 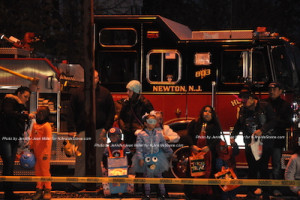 Attendees by one of the firetrucks at the Newton Halloween Parade. Photo by Jennifer Jean Miller.

The event was fun for all ages in Newton. Photo by AJ for NJInsideScene.

The Newton Theatre also hosted the sold out showing of The Rocky Horror Picture Show. Many attended the film in costume, and were treated to props bags and a shadow cast during the show. 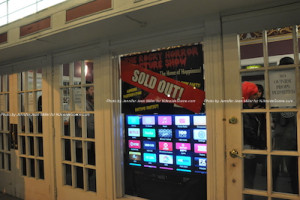 Two guests at The Rocky Horror Picture Show waiting to enter the theatre. Photo by AJ for NJInsideScene. 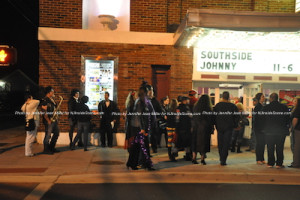 Enjoy the photos in this article, which are courtesy of staff photographer Jennifer Jean Miller and guest photographer “AJ.”

Editor’s Note: Jennifer Jean Miller also works with The Newton Theatre as an outside consultant in its advertising sales department.