Santa and his team make a delivery to one of Newton's children.

NEWTON – Mission accomplished in Newton this past Saturday, Dec. 21, as the Newton Fire Department carried Santa Claus in their annual Operation Santa on two separate fire engines and routes throughout town (numbers 802 and 803), which started around 3 p.m. and concluded well after dark.

There were gifts loaded onto the fire engines for about 300 children, over 95 stops, with a break midway to stop and reload the trucks with more gifts.

The annual event, which is in its eighth year, has taken off in other towns around the area, including neighboring Andover Township. 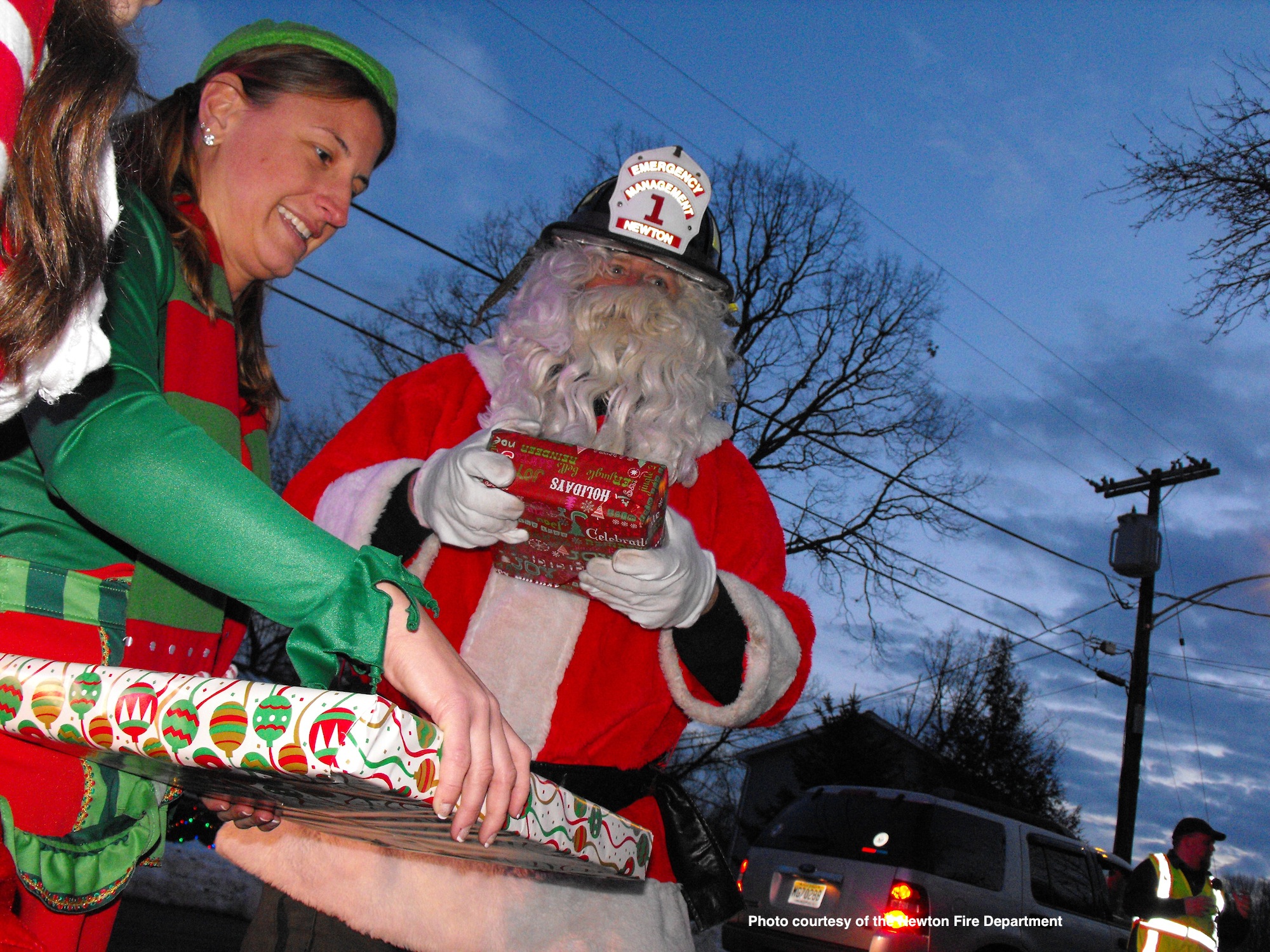 Dusk falls and work for Santa and his crew continues. Photo courtesy of the Newton Fire Department.

The fire department offers the opportunity for parents to drop off to the department, for a nominal cost, a wrapped gift for their child, which Santa and his assistants deliver to the family’s home via fire engine. 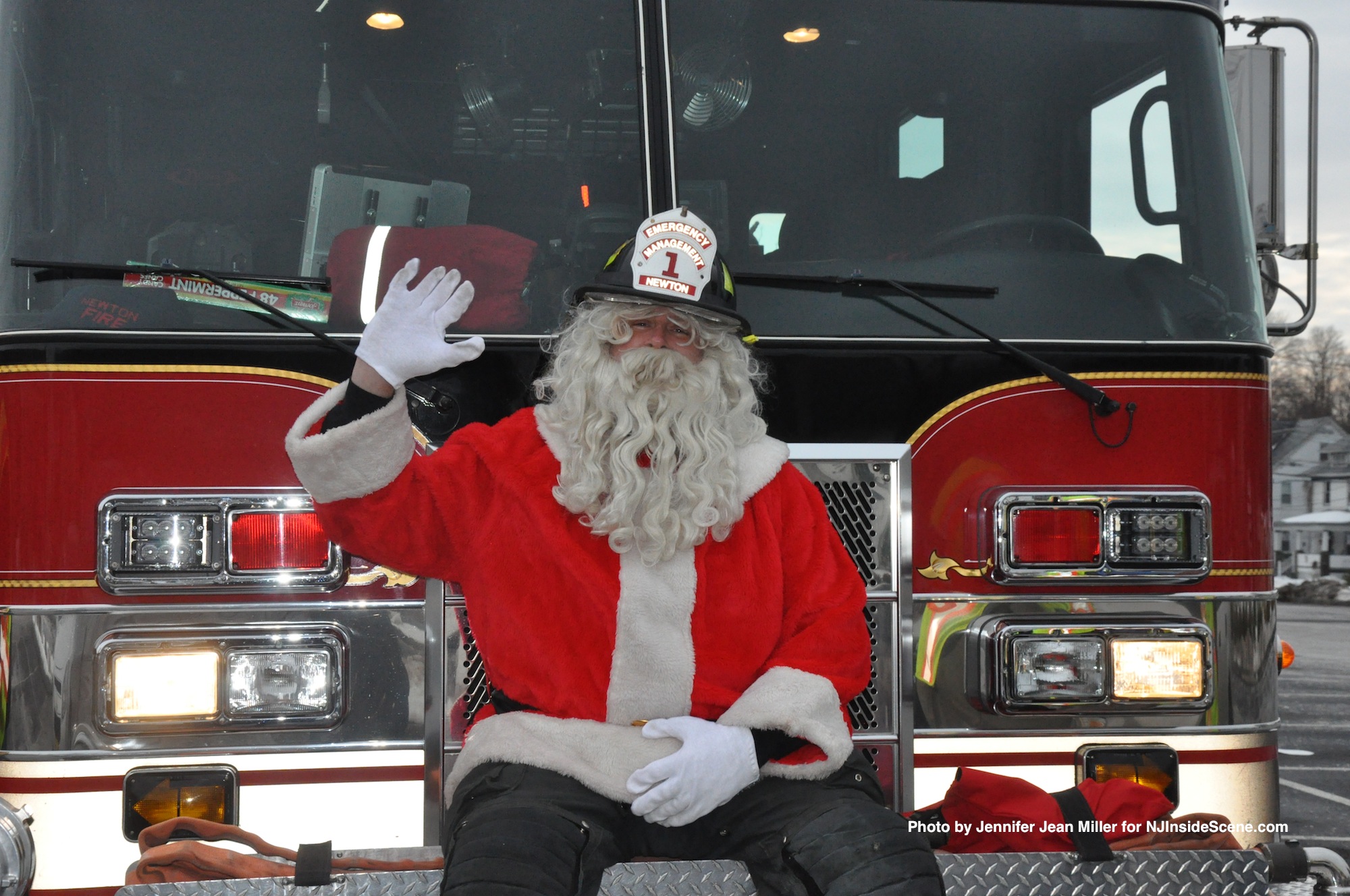 Santa smiles from the front of the fire engine.

“I was one of the first Santas and Jean [Jean Card, another fellow firefighter] the head elf,” said Miller, about the event’s initial start.

Card is still actively involved, and followed behind Santa as an assistant.

It is a coordinated team effort, Miller said.

There is a lead car, which contacts parents to alert them ten minutes prior to their stop, that Santa and company will be arriving. Members of the department also assist with traffic control. 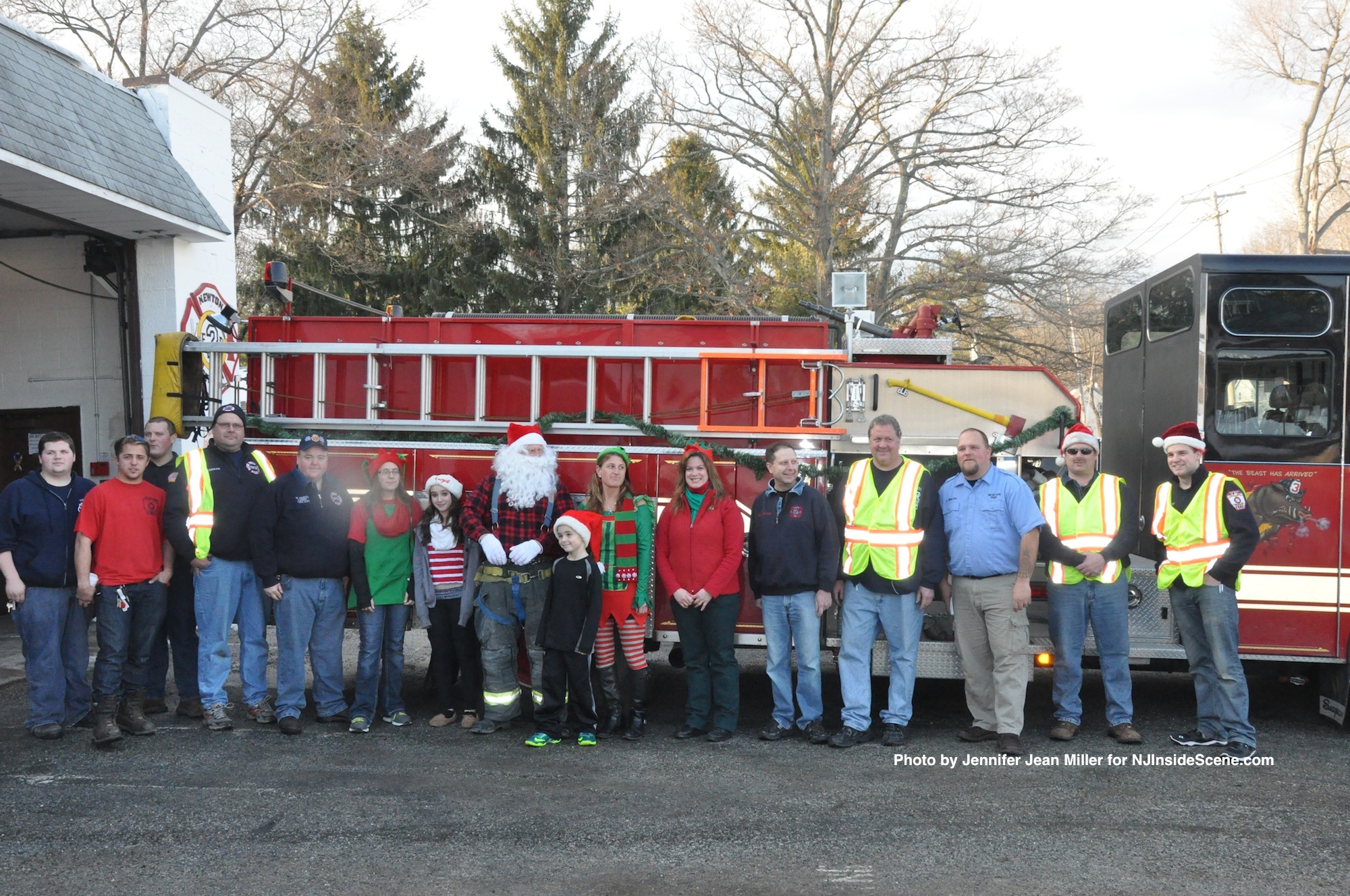 The team that makes it all happen.

As Santa stops with an excited “Ho! Ho!,” parents have their video cameras running, for videos and still photos with Santa.

Along the way, the department might spot children whose parents did not participate in the program, yet Santa and his team still would like to stop by with good cheer, and drop off candy canes to those kids. 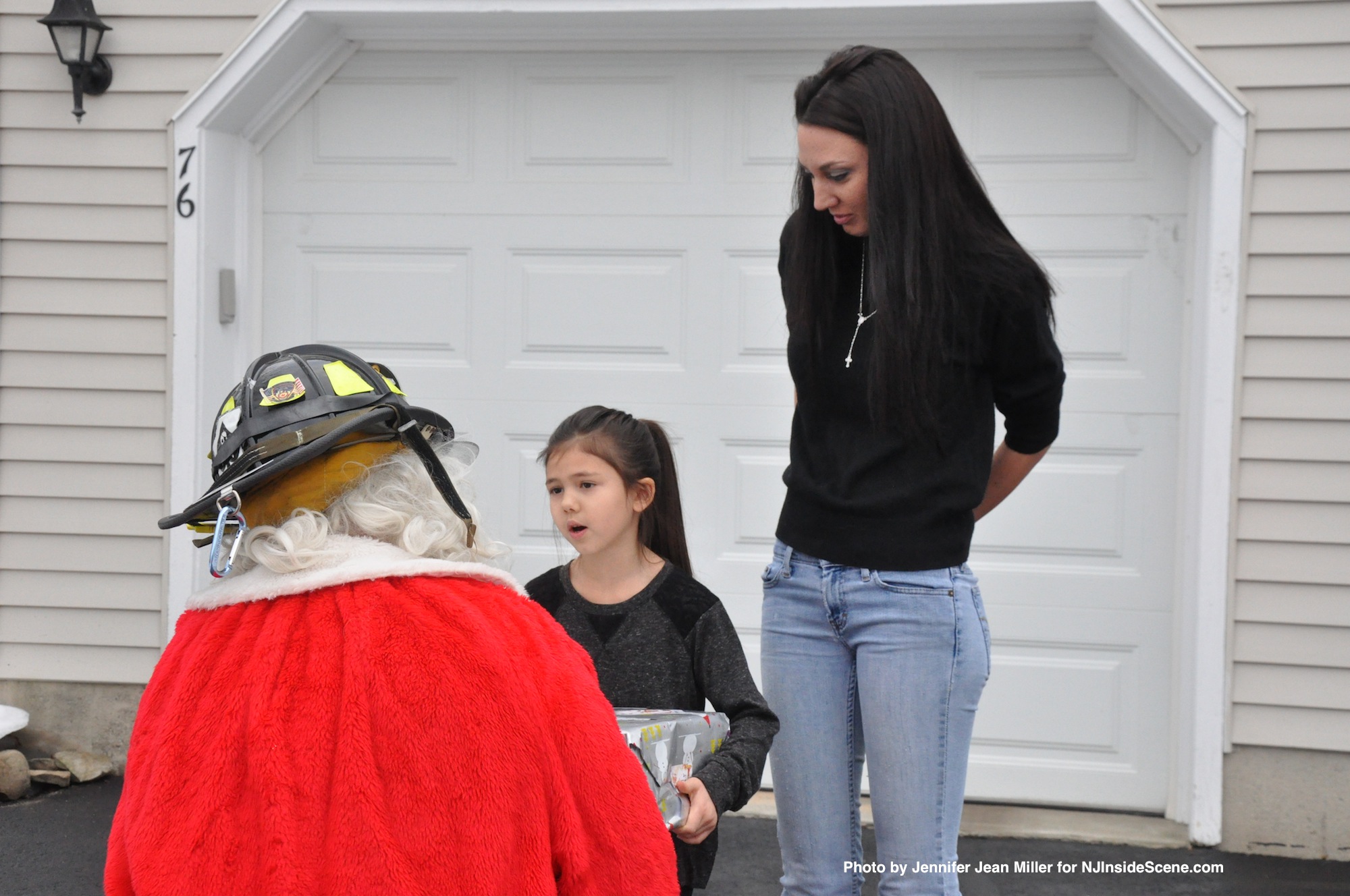 One of the special deliveries this year took extra planning. This mission was to drop off a 12-week-old Boxer puppy to its new home with one of Newton’s young residents.

A boxer puppy being delivered by Santa to its new home. Photo courtesy of the Newton Fire Department.

The parents orchestrated the puppy’s arrival by involving a friend, who dropped the dog to the fire department. From there, Santa handed the child a box to unwrap, filled with dog treats, to leave the child guessing why there would be a box of dog treats to unwrap. And next, the dog followed, led by leash, with a bow around the neck.

“Anything to have Santa deliver a puppy on the fire truck, is awesome,” Miller said.