SUSSEX COUNTY, NJ – The search continues for Parker and Jaxon Dohm, two boys from Hopatcong who went missing on Feb. 5, when their father Kristopher Dohm did not return the children after a visit with them.

A federal warrant was issued for Dohm, 36 years old, on Feb. 20. After departing New Jersey, his 2009 grey Nissan Pathfinder was last seen traveling in Maryland on Feb. 6, the day after Kristopher Dohm did not bring the boys back to their mother, Sandra (Sandye) Hughes Dohm. The vehicle was spotted in the Ft. McHenry Tunnel, which is located in Baltimore and travels underneath the harbor. Kristopher Dohm was reported as traveling in the southbound direction of Interstate 95. The Pathfinder has had the following New Jersey license plates — that have been intermittently switched out — and may have a combination of any of these three numbers: K15DXS, ZKL24F and S17CKV.

Kristopher Dohm is 5’7” and weighs about 150 pounds. He has a barbed wire tattoo on the right arm and another tattoo on the left calf. He is likely suffering from diabetes. He is believed to have shaved his head at the time he disappeared with the children, though his normal hair color is brown. He also has brown eyes. 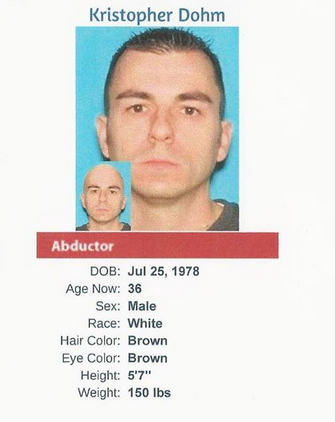 Parker Dohm was born on Aug. 1, 2006 and is about 4’5” tall, weighing 60 pounds. Normally, his hair color is brown, though his hair was potentially shaved at his disappearance. Parker has hazel eyes, wears glasses and is reported to be an asthmatic.

Jaxon Dohm was born on Dec. 14, 2007. He is about 4’1” tall, weighs 60 pounds has blue eyes, and a birthmark on his chin. His hair is normally brown, though it may have been shaved at the time of his disappearance. 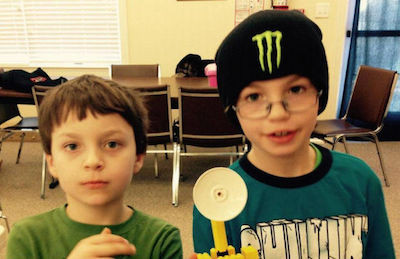 The Dohm brothers who were abducted by their father on Feb. 5. Jaxon is pictured at left and Parker at right. Photo courtesy of the Sussex County Prosecutor’s Office.

Both children are likely in need of medical attention, and Kristopher Dohm too, who is insulin dependent. There are concerns that his health may impact his judgment.

“Keep Faith – Share Hope,” has been the message that has been expressed on the Facebook Page set up as an informational resource to find them, as well as the message that was at a prayer vigil on March 7 at the Ledgewood Baptist Church. Click the video below, which has many photos of the boys that could further help to identify them, in addition to the service.

The missing poster for Parker, age 8, and Jaxon, 7, has been shared on social media throughout the country and networks such as ABC, have made their way to Sussex County this past week to report on the disappearance of the two boys. On the Facebook Page, followers were asked where in the country they had seen programs about the boys broadcast, and answers included locations as far away as Arizona, Louisville, KY and Shelby, NC. Followers have also culled news reports about it from Facebook, sharing where they can. 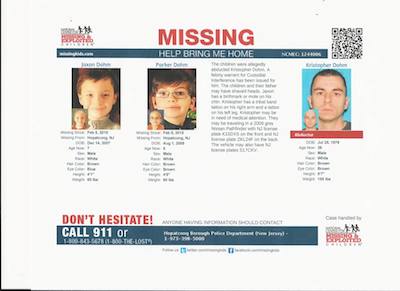 Reportedly, Kristopher Dohm requested from the children’s mother Sandye, to take Parker and Jaxon to see his ailing father in Nevada, who was said to be on his deathbed. He said he would return with the children after several days and would return the boys after his immediate return to New Jersey. Kristopher, however, provided Sandye with false flight information, as well as information about his father’s health — as it turned out the father was not gravely ill or imminently dying — the Sussex County Prosecutor’s Office said in a press conference early this week. However, there was no previous estrangement in the boys’ relationship with their father and the children normally spoke to their father on a nightly basis.

The last time Sandye Hughes Dohm saw the children was on Feb. 3, and spoke to them on Feb. 5.

Anyone with any information should contact: the National Center for Missing and Exploited Children at: (800) 843-5678, the New Jersey State Police at: (609) 963-6900, ext. 1, or the Hopatcong Police Department at: (973) 398-5000. According to the Facebook Page, some leads have come in from Nevada, but none of the tips have checked out. Police are following all leads that are reported to them. The children’s safe return is the first priority for all law enforcement involved.