Trenton, NJ – Governor Chris Christie today joined with lawmakers and victims advocates for a ceremonial bill signing of the Jessica Lunsford Act, a law formally signed by the Governor just over two weeks ago that strengthens penalties for sexual predators who commit sexual assault against children in New Jersey. The Jessica Lunsford Act, Assembly Bill 892/Senate Bill 215, provides mandatory minimum sentences of no fewer than 25 years to life, with no possibility of parole prior to a convicted person serving at least 25 years, for the act of aggravated sexual assault committed against a child under the age of 13. The law provides flexibility to prosecutors in very limited circumstances for terms of no fewer than 15 years, only when such a plea is in the best interest of the victim as determined by plea guidelines established by the Attorney General’s Office.

“This law will ensure that those individuals who commit unthinkable crimes and prey on the innocence and vulnerability of our children are given the punishment they deserve, without exception,” said Governor Christie. “This law acts on that principle by ensuring justice is carried out, and will also hopefully serve as a deterrent to prevent these heinous acts and the life-changing trauma they bring from being committed to begin with.”

The law is named for a nine-year-old Florida resident, Jessica Lunsford, who was kidnapped, raped, and murdered by a registered sex offender in 2005.

“The tragedy involving Jessica Lunsford shocked our country nine years ago,” said Assemblywoman Nancy Muñoz, R-Union, Morris and Somerset. “We sympathized with Mark Lunsford and his family over their loss. This heinous act, committed in Florida, raised everyone’s awareness across the country and was a call to action. I am grateful to all those who supported and remained committed to seeing this legislation become law.”

“There are few crimes more repugnant than the sexual assault of a young child, and few more deserving of a lengthy prison sentence,” said Senator Diane Allen, R-Burlington. “Keeping child predators behind bars longer will send a message that those types of monstrous crimes will be punished as severely as possible and help to eliminate an opportunity for a repeat offender to strike again.”

“Monday marks a very special moment for Jessie’s law. This is not just a bill signing – it’s another state saying ‘save a child, prosecute a pedophile’,” said Mark Lunsford, Jessica’s father. “Governor Christie has always been a supporter of Jessie’s law and today, he is making New Jersey tougher on those who abuse children. It is also a special day because it takes me back in time when I  met Assemblyman Anthony Munoz. Today, we all stand proud of those who fought so hard for this. Thank you Assemblywoman Munoz and Senator Allen for keeping this bill alive and thank you to the people of New Jersey for all of your support.”

Assemblywoman Alison Littell McHose on bipartisan legislation known as the “Jessica Lunsford Act,” which imposes a stringent prison sentence and parole ineligibility terms for convicted pedophiles who assault minors, has been signed into law by Gov. Christie:

“The physical and emotional harm done to children, as well as the trauma suffered by their families and communities, deserves the strongest possible response by the justice system. Justice has now been served. The new law will equip law enforcement with the tools it needs to make sure sexual predators receive the punishment they deserve.” 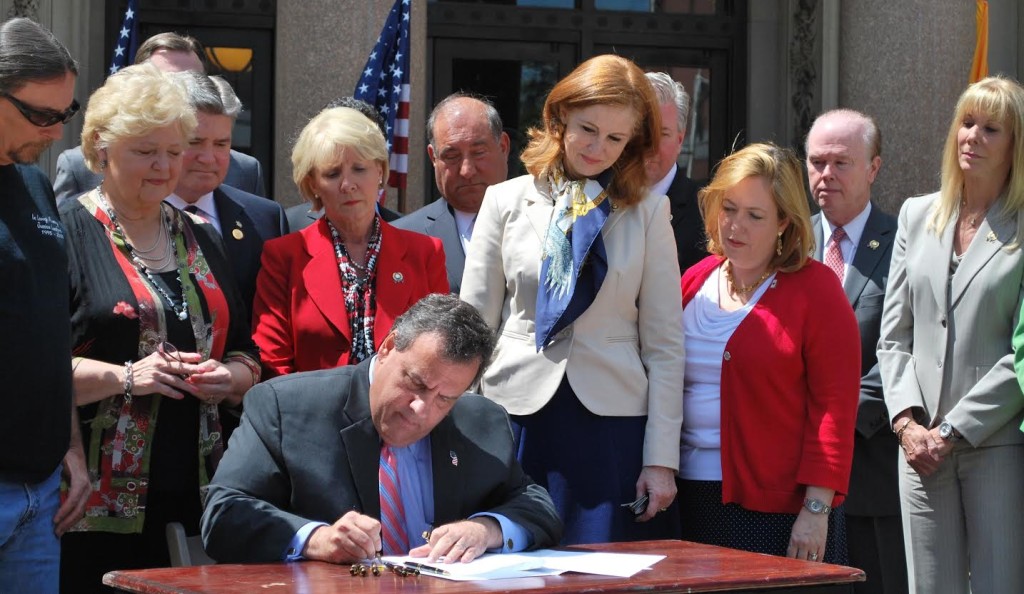