Patricia Wolfrum, one of the volunteers at the Toy Shop.

NEWTON – The Season of Hope Holiday Toy Drive yielded great results, as volunteers aided residents who shopped for their children at the Toy Shop yesterday and today.

Project Self-Sufficiency in Newton was jammed, literally, with cars and people late yesterday morning, Fri, Dec. 20, with a steady stream continuing through the afternoon, as members of the Newton Police Department directed traffic to help move the flow of individuals and vehicles along.

The Toy Shop, which was filled with a plentiful selection of items, remained open Fri. evening for income eligible families who registered to participate, and today from 9 a.m. through 1 p.m.

Their collection goal this year, according to Claire Willetts, Project Self-Sufficiency Program Coordinator, was to collect 10,000 toys. The group, Willetts said, was still aiming for that goal yesterday, though they had more than plenty of toys to serve everyone who walked through the organization’s door.

“This year we have less toys and more families,” Willetts said.

There were 1,000 families, she said, who registered to shop at the Toy Shop, for items ranging from infants to teens. Shopping was no charge for these families, who are guided through the process and store by volunteer personal shoppers. Willetts explained once the shoppers have picked out their maximum number of items, which includes four per child, then they chose stocking stuffers and lined up at the “checkout,” two stations where volunteers bag the items in large black opaque bags, so the goodies inside are kept surprise. Prior to checkout being completed, parents also receive cookies and then “wrap up” their transaction with a roll of wrapping paper, so they can giftwrap the items at home.

Parents who attended had the ability to shop, while children were signed into Project Self-Sufficiency’s adjoining daycare. While in the daycare building, parents could pick out gently used coats, which were collected via coat drives.

Items in the toy shop separated according to age group, from infant to teen, and ranged from dolls to puzzles, stuffed animals to books, CD’s to jewelry, sports equipment to computer games, and clothes and more. There were two shops, the Children’s Toy Shop for the younger set, and the Teen’s Toy Shop, for older children.

“It’s not first come first serve,” commented Willetts, who said that over the two days, not every item is placed on the floor at once, in order to ensure that parents are able to obtain the season’s most popular holiday toys when they are able to shop. 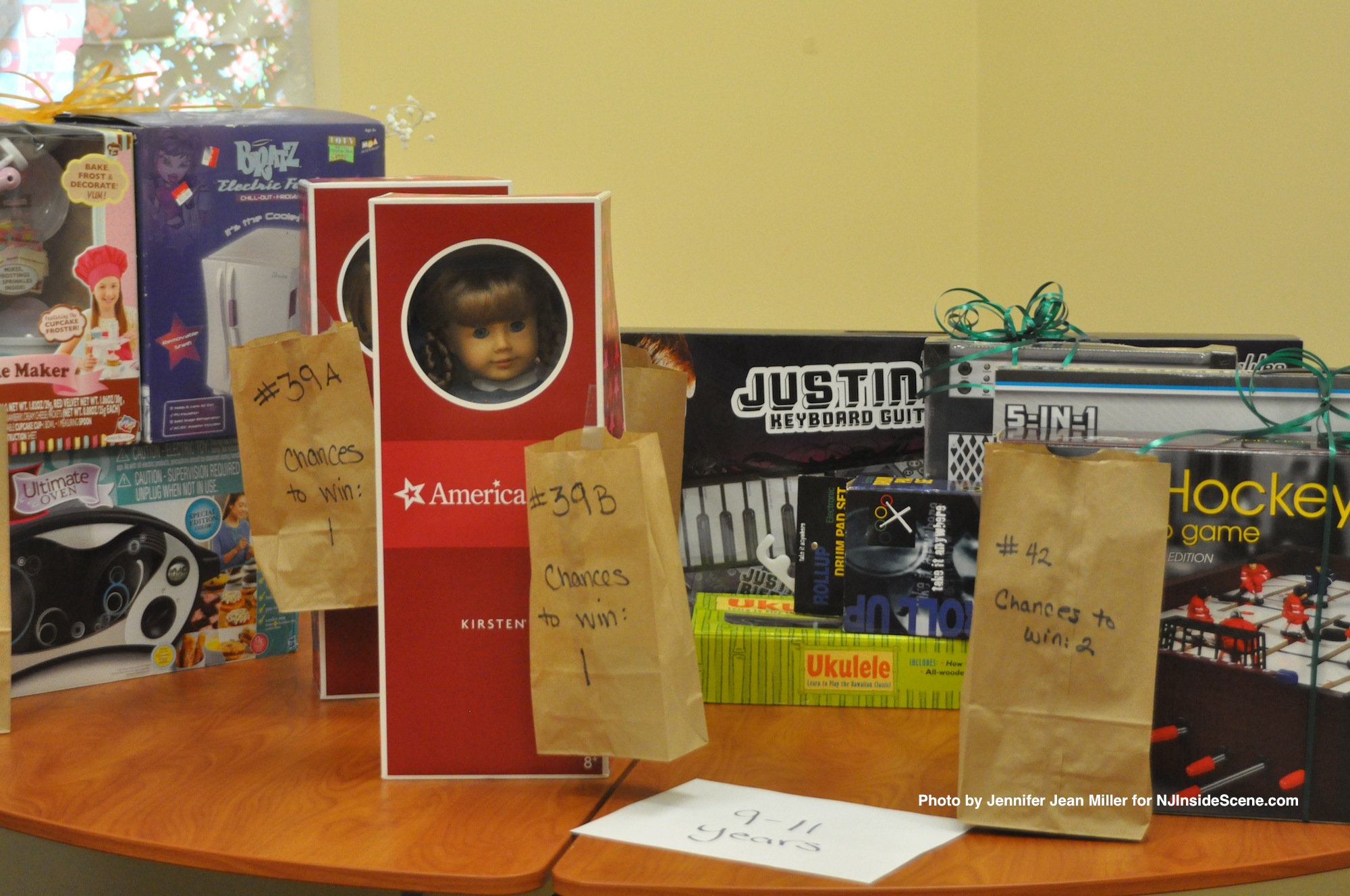 Items in the raffle room, a possible added bonuses offered during the Season of Hope shopping event.

One of the other special features of the toy shop was the raffle room, where parents could place tickets in bags for high end items they were interested in winning, from American Girl Dolls to Google Tablets, and many other special items, such as bicycles.

Patricia Wolfrum was one of the volunteers who faithfully donates her time each year.

“It’s the best place in the world,” she said of Project Self-Sufficiency.

Wolfrum typically manages the doll area when she volunteers, pointing parents to Barbies, Lalaloopsy dolls, and other little girl favorites.

Project Self-Sufficiency collects items year-round and is still accepting donations for the Season of Hope Toy Drive over the holiday season, which will be applied to next year’s store. For more information, click here for the group’s website about the drive.