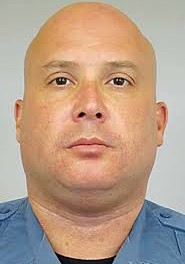 FRANKLIN BOROUGH, NJ – On March 23, 2015 at approximately 2:00PM, the Franklin Police Department received a report of an unresponsive male who possibly overdosed on heroin.

Patrol Officer Rafael Burgos and Jeffrey Korger responded to assist. They located a male in in a residence that appeared to be unresponsive. Officer Rafael Burgos and Jeffrey Korger, determined that the male had overdosed on heroin. Officer Burgos administered a dose of naloxone, a medication used to reverse the effects of an opiate overdose. A short time later the male became responsive, breathing on his own, and was transported to a nearby medical facility for evaluation and any necessary medical treatment.

The Franklin Borough Police Department is extremely proud of the actions of Officer Rafael Burgos and Jeffrey Korger, and the Sparta First Aid Squad. Through their quick actions, they were able save a life and prevent a fatal opiate overdose.

The matter is still under investigation.

No complaints were filed at this time.