The 11th Annual Grand Marshals’ Dinner honoring Father Bill Collins and Sean McGuire and Mike McGuire will be held on Saturday, February 22, at Crystal Springs, 3 Wild Turkey Way, Hardyston, NJ  07419 (please note the new location).  The Grand Event begins with a cocktail hour at 6 p.m. and dinner at 7; followed by entertainment, recognition of our Grand Marshals and lots of great craic!  The traditional presentation of the Grand Marshals’ Sash will follow.  It has become a practice that the Grand Marshal designates a charity to receive the net proceeds of the St. Patrick’s Day charitable events.  Accordingly, this year’s Grand Marshals chose Birth Haven and Northern New Jersey Veterans Memorial Cemetery as the 2014 beneficiaries; the Tricky Tray at the dinner and our raffle will benefit these worthy causes.  The Grand Marshals’ bios and photos are attached.

Please make your reservation now as seating is limited!  Tickets are $85 per person up to January 31; $95 afterwards.  No tickets will be available at the door.

On March 8, a Mass honoring St. Patrick, the Patron Saint of Ireland, will be held at St. Jude the Apostle Church located at 4-24 Beaver Run Road, Hardyston, NJ 07419.  The Mass will begin at 8:30 a.m., and plans are that the Choir from Pope John XXIII High School will again participate and that the traditional rendition of “Lady of Knock” will be performed by John Christiano Jr.

This event is a big attraction; so make your reservations at least two weeks early; $14 per person in advance, $17 at the door.

The 11th Annual St. Patrick’s Day Parade in Newton will take place on Saturday, March 22.  Leading the parade will be Grand Marshals, Father Bill Collins and Sean McGuire and Mike McGuire and their family and guests.

The parade steps off at 11:30 from Spring Street near Stuart Street; proceeding up Spring Street then turning right onto Moran Street to Memory Park where it will disband.  Spring Street will be closed at 11:00 a.m. from Union Place to Moran Street.  Parade units will stage starting at 9:00 a.m. in the lot located between the Moose Lodge and Camp Iliff on Spring Street.  Fire Department and Ambulance Squad units are instructed to stage on Halstead Street near the middle school; but not on school property.

The children’s favorites – Irish theme characters and animals, sweets and other free treats, will be featured in the parade.  Please be alert that children do not dash out into parade traffic!

We are most pleased to announce that Mark Hontz will again be our Parade M.C. Mark is a favorite of the spectators and parade participants alike. He has a charming way of warming up the crowd with his comedic wit, Celtic songs and self-accompaniment on his bagpipes; not to mention Mark’s charming commentary as the parade units pass by the reviewing stand on Spring Street.

For more information on the parade and attendant activities, please visit our website at: http://sussexcountynjirish.com/ or call Dennis Harrington, Chairman at (973) 827-9179. 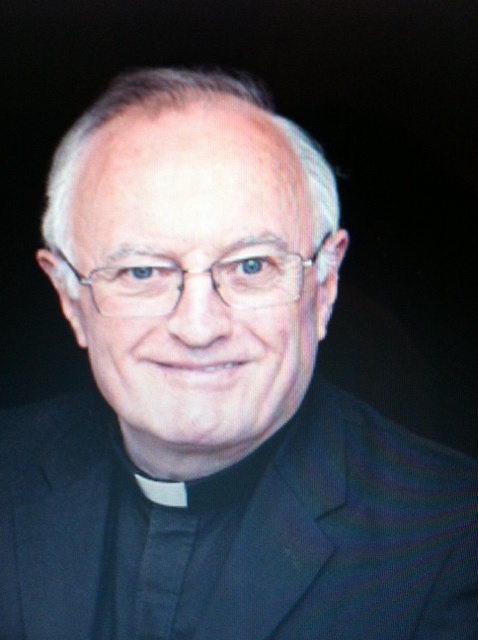 Rev. William Bernard Anthony Collins – Fr. Bill was born in County Galway, Ireland on August 20, 1949. He is the third of twelve children born to John Collins and Julia Delaney. He grew up in the village of Lisheenavalla located ten miles from Galway City. His home parish is Our Lady of Knock located in Lackagh and part of the Tuam Archdiocese. He received his elementary education at St. Patrick’s National School in Cregmore, Claregalway where he graduated in 1963. That same year he continued his education at St. Mary’s College in Galway City graduating in 1968. In September 1968 he entered All Hallows College in Dublin to begin his studies for the priesthood. Fr. Bill was ordained a priest for the Paterson Diocese at All Hallows College by The Most Reverend David Cremin, bishop of Sydney, Australia on June 16, 1974. All Hallows College educates priests for all English speaking parts of the world. The motto of the college is “Go, Teach All Nations”.

Fr. Bill arrived in the United States on August 23, 1974 and received his first assignment from the Most Reverend Bishop Lawrence B. Casey to serve at Our Lady of Mount Carmel parish in Boonton as parochial vicar. He served the people of Boonton for six years. In June 1980 Bishop Casey assigned Fr. Bill as parochial vicar to St. Clare parish in Clifton where he served for eight years until November 1988. On November 1, 1988 on the feast of All Saints, the feast of his Alma Mater, The Most Reverend Bishop Frank J. Rodimer appointed Fr. Bill pastor of St. Jude the Apostle Parish, Hamburg, where he has served ever since. During these 26 years, he has seen the area change and grow in population and just recently expanded the parish facilities. Celebrating St. Patrick’s Day is truly a celebration of the Christian faith; this is what motivated Fr. Bill to come to New Jersey.

Fr. Bill loves sports and played hurling, Gaelic football and racquetball. During his early years in America he played hurling for the New Jersey team in Gaelic Park in Manhattan. He now enjoys golfing in the beautiful courses of Sussex County. Every year he looks forward to summer vacation and enjoys his time visiting his family in Ireland and playing golf with his brothers and friends. His mother still prepares him good Irish breakfasts of bangers, rashers, pudding, eggs and homemade soda bread.

Fr. Bill has been a supporter of the parade. He has attended every Grand Marshal’s Dinner. Since 2009, his parish St. Jude’s has hosted our annual mass in honor of St. Patrick.

Fr. Bill who became an American citizen in 1984 has lived longer in Sussex County, New Jersey than in his native County Galway, Ireland and now considers himself at home here. He is very honored to be chosen as this year’s Grand Marshal with Mike and Sean McGuire. 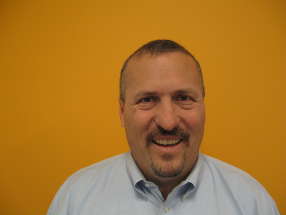 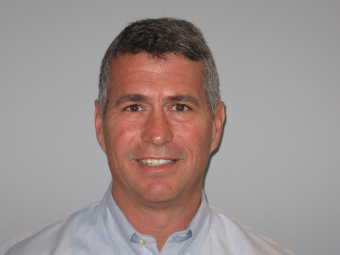 Michael Henry McGuire and Sean Daniel McGuire are two of 5 children born to Henry B. “Max” McGuire and Camille Cerami McGuire and were raised in Franklin Lakes. From an early age both Mike and Sean knew they wanted to follow in the footsteps of their grandfathers, father and uncles into the automobile business. On more than one occasion our elementary school teachers would raise an eyebrow when we answered the common question “What do you want to be when you are older?” with our answer being  “a car salesman.” The teachers never asked other kids why they wanted to be soldiers, policemen, doctors or nurses but they always asked us why we wanted to be car salesmen. So from an early age we thought it was a special occupation always worthy of our teachers asking that extra question “why?” We would proudly explain that both our grandfathers and father were automobile dealers and the teacher would lose that look of concern and smile.

Out of college Michael began his career at the dealership in 1985 starting as a salesman and worked at just about every position in the dealership.  He furthered his education at NADA Dealer Candidate Academy.  Michael has served as Chairman of NJCAR the state automobile dealers association as well as Chairman of the NY/NJ/CT Chevrolet dealers marketing association.  Michael is currently Vice Chairman of the NJCAR insurance trust.  In 1988 Michael married Maureen Kathryn Surbrook from Utica, MI. Michael and Maureen have 2 daughters Kelly and Kaitlin.  Michael and Maureen have enjoyed traveling their trip to Ireland being a highlight.

After graduating from college, Sean joined the sales staff at Parkway Toyota in Englewood Cliffs. After two years Sean joined his brother Michael and father Max at J.R. Roof in Newton in 1991. Sean graduated NADA Dealer Candidate Academy in 1996. Sean moved to Sparta in 1993 to be closer to the business. In 1996 Sean married Melissa “Missy” Marconi from Duxbury, MA and they now have 3 daughters Madeline, Juliana and Alexandra. Sean has been involved in the community he lives in and served as President of Main Street Newton.

J.R. Roof Inc. was a well known dealership in Sussex County when Max McGuire purchased the business in 1982. After the passing of their father Max in 1994, Sean and Mike took over the business. In 1999 they decided to change the name to McGuire Chevrolet Cadillac to honor their father and align the name with several other family dealerships operating in New Jersey under the name McGuire.

This year is a big year for Sean and Mike McGuire with the opening of their all new dealership located on Rt. 206 in Hampton. This state of the art facility is perched above “Auto Row” with an amazing view of the Sussex County countryside. Combining the fantastic looking new Chevrolet Cadillac facility on such an amazing location makes for a wonderful and unique place to shop for an automobile. Now in its fourth month of operation this new dealership is already a landmark that Sussex County can be proud of.

In 2006 without asking, Sean volunteered to the Committee the use of cars from the McGuire dealership for the parade. They have done that for every parade that has been held in Newton.

Our Great Grandfather John McGuire emigrated to Canada from County Armagh in 1880 and then onto Grand Forks, North Dakota to farm. His son Daniel, our grandfather, graduated from the University of North Dakota and rose to be the President of General Motors Argonaut (Real Estate) Division. Upon retirement purchased a Chevrolet dealership in NJ.

Our Maternal Great Grandmother Ellen O’Leary came to the US from Castle Island, County Kerry at the turn of the century and married William Shea. The well known Irish ballad “The Rose of Tralee” was composed for one of Ellen’s ancestors. Ellen’s brother Jack O’Leary was a member of the Fighting 69th and was credited with capturing the first German prisoners of WW1.