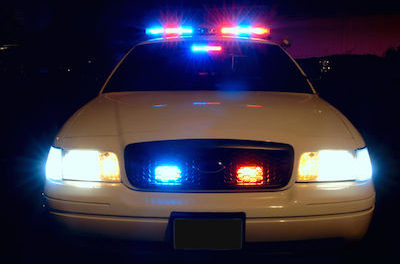 The murder of five police officers in Dallas on July 7 as well as the death of two NYPD officers in 2014 were two incidents that Kyrillos cited in his press release on the topic on July 11 that sparked this bill. In both cases, the police officers that died were targeted in planned and random attacks simply because of their profession.

Kyrillos said, “We depend on police officers and first responders to protect and serve our communities, and they deserve to know that we have their backs. We cannot allow an entire class of public servants to be targeted for violence due to their profession. If such attacks don’t qualify as hate crimes, I don’t know what does.”

Kyrillos is not the first New Jersey legislator who has proposed such a measure. In 2015, Assemblyman Ronald Dancer (R-30) introduced a bill last year on the same topic, reintroducing it in 2016 with Jay Webber (R-26).

“Threatening police has become a significant problem and can’t be taken lightly,” Dancer said. “We need to send a message that there are consequences for targeting law enforcement. Threats preceding crimes should be taken into account.”

Last year, the National Fraternal Order of Police sought for President Barack Obama and Congress to make attacks against police officers part of the federal hate crime law, and members of law enforcement part of that.

In 2014, Dancer and Assemblyman David Rible (R-30) introduced a bill to amend a New Jersey Statute that making terroristic threats to kill law enforcement officer becomes a second degree crime, which carries a five to 10 year prison sentence, a $150,000 fine, or a combination of the two. This proposal followed the murder of Jersey City Police Officer Melvin Santiago.

Dancer has previously spearheaded bills, as have other legislators that have not experienced traction beyond senate and assembly committees. Dancer introduced another bill in 2015 in Santiago’s memory, as well as NYPD Officers Rafael Ramos and Wenjian Liu, the Santiago/Ramos/Liu Police Protection Act, to provide for tinted windows in particular law enforcement vehicles.

New Jersey’s Office of the Attorney General (OAG) houses the Office of Bias Crime, and each county is assigned a bias crime officer. The office has a bias crime hotline and law enforcement also has a 24-hour service to report bias incidents with the OAG.

New Jersey’s bias crime law has received pushback from the New Jersey Supreme Court, citing a portion of a statute as “unconstitutional.” A NJ.com article reflected on the court decision in 2015 in the case of Dharun Ravi, the Rutgers University student who violated his roommates’ privacy in 2010 by broadcasting an intimate encounter Tyler Clementi’s encounter on social media via webcam. Clementi took his own life following the event, plunging into the waters underneath the George Washington Bridge. Justices agreed that the law as it exists violates the U.S. Constitution’s 14th Amendment, because of the focus on Clementi’s state of mind, rather than Ravi’s, which led to Ravi’s criminal prosecution. Attorneys for Ravi have argued that Ravi’s breach of privacy did not trigger Clementi’s suicide.

Adding police to hate crime statutes has had its ebbs and flows over the years, and the idea has faced some critics. The last federal expansion of hate crime laws was in 2009. Those who are “hate crime experts,” according to a U.S. News & World Report article, consider it a potentially dangerous precedence to include bias against police into hate-crime laws for fear it would change how all crimes are prosecuted, and some consider it may impede free speech. At the same time, police murders in targeted incidents simply because of their occupations have spiked since 2014.

In New Hampshire those who murder police officers may be subject to execution sentences.

The State of Louisiana is the first to have passed “Blue Lives Matter” Legislation.

Louisiana Governor John Bel Edwards signed off on the bill on May 26, 2016,generated by Louisiana Representative Lance Harris (R-25). The bill, HB953, passed through the Louisiana Senate 33-3 and takes effect on Aug. 1.

Part of the bill reads: