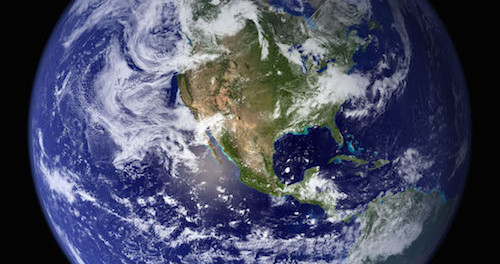 The second half to my headline, is a question that is posed in a song that has really touched my heart…it is below in the video, for anyone unfamiliar with it.

The Five for Fighting song, “World,” spoke to my heart this week, as music often does. Among my various interests, I am a musician…a singer…sometimes the happenings going around me are narrated by a cerebral jukebox. Such is life of a creative person with writing and musical influences.

“What kind of world do you want?” is the question Five for Fighting’s John Ondrasik sensitively poses.

There was so much that I have witnessed as a news reporter that has been unfathomable at times…it was one of those weeks, as it was for many, where my own heart hurts watching the sadness surrounding all of us. My job is to observe and what I’ve observed a bit this week is the citizens of our world go into some dark corners.

It was also refreshing to see other citizens, who outnumber those creating the bad, doing wonderful and amazing things to shine light into those horrible places.

This is what is on my mind and I’d like to ask my readers how they want to guide this world…our world has been stolen in many ways by those without integrity. Those who are good need to band together. “Be the change you’d like to see in the world,” is a phrase that rings true. It’s up to us as free citizens to get the life back that our children…and their grandchildren and children, deserve. Today is not just about us…it’s about the future generations that we haven’t met yet, and may never have a chance to meet…but our decisions or lack thereof, will have an impact on them.

I DON’T WANT a world where the dead are disrespected by those who think it’s OK to disrespect them…and where free speech that posts cartoons of the graves of dead being desecrated and those people being defamed reigns.

I DON’T WANT a world where someone who wants to “be famous” goes out and senselessly murders a 23-year-old man who vowed to protect his community. Detective Melvin Santiago was ambushed by a form of life, who will remain nameless on anything that I write…

I DON’T WANT a world where a person runs between a police funeral procession, as one did during the remembrance for Detective Santiago…something one would expect from the Westboro Baptist “Church.”  The perpetrator announced he will “kill white people,” next screamed obscenities, and after he lied to police that he can’t be arrested because his mother is a judge, and was taken to court for his terroristic threats…he was only given a slap on the wrist. Judge set bail for this guy, who was still yelling he wanted to get an AK-47 and kill, while he was in the cell waiting for the judge…and the judge only sets bail at $5,000 with a 10 percent option, when the assistant prosecutor asked for the bail to be set on the high side. What is wrong with this picture?

I DON’T WANT a world where drivers are careless and mow down people because they’re not attentive or because they’re drunk, as has happened in several cases recently. A careless driver killed Police Officer Christopher Goodell with his tractor-trailer this past week, plowing into his unmarked police car and nearly hitting a house.

I DON’T WANT a world where Facebook permits a tribute page in memory of a murderer, and pages that encourage death of humans and animals, or a page that allows hate speech…and those that report against these atrocities are told these pages don’t “violate community standards.”

I DON’T WANT a world where others are defamed with twisted stories and incorrect facts in order to sell papers…where they use sources who have an agenda. It’s because of organizations like this, that citizens of the world are having their minds fed with garbage and are being misled about the true state of the world.

I DON’T WANT a world where people think it’s OK to steal, whether it’s money (including a mayor who was arrested this week for bouncing a check), a photograph (a stickler of mine since photos should not be used without permission of the one who took them, or publication that it belongs to…an individual stole one of my photos this week), or personal property…such as a friend of mine who had their phone stolen this week and when they called their phone, was told bluntly by the thief they couldn’t have it back.

I DON’T WANT a world where planes disappear or are shot down by rebels without reason (to see how small our world in, a friend of mine may have had a relative on that flight).

I DON’T WANT a world where illegal immigrants are given more rights that the citizens of our own country. Not only are these people taking away jobs and benefits from our fellow Americans, they are ruining it for immigrants who come here legally, or are waiting to come in and cannot. They are also contributing to the exploitation of immigrants by unethical people who take advantage of them as a labor source, or other reasons to benefit their organizations.

These are just a few of many things that happened that I watched go on in the world around me this week…now for the positive.

“What kind of world do you want?”

I DO WANT a world where the dead are respected enough by members of the community who stand up against an ex-councilman, who posts defamatory cartoons desecrating fallen police officers while he is supposed to be working with these officers’ brothers and sisters in blue who are still here…and where that councilman resigns from service.

I DO WANT a world where people aren’t senselessly murdered, and those who do, are remembered only for their acts of terror and hurt that they caused.

I DO WANT a world where people band together in times of sadness and try to do something positive, such as the citizens of Franklin Borough who are working to organize a scholarship in memory of slain detective Melvin Santiago, to provide an education for a student who shares similar ideals as this inspiring officer. Or to see a group gather together and celebrate as a town, enjoying fireworks, food and good times, after experiencing many difficulties together. This is called resiliency and this is what our country is about!

I DO WANT a world where people want to “be famous” for doing good things, not by hurting others.

I DO WANT a world where those who are threatening others with death, are chastised appropriately…not with a slap on the wrist.

I DO WANT a world where drivers are courteous and drive safely.

I DO WANT a world where heroes and victims are remembered and honored, not murderers; and where people and animals are loved and respected by all as they deserve.

I DO WANT a world where the media is no longer slanted and sensationalist, and provides full-coverage of news stories from all sides as we are supposed to. And where reporters can also recognized for their own humanity, and are not fired for editorializing about a brutal act, such as commenting about the sadness behind the death of a police officer, and how wrong this murder was.

I DO WANT a world where the property of others is respected, and property is obtained the old-fashioned way…not by stealing, but by obtaining legally through a purchase, or simply by asking, “May I please borrow that?” What happened to the gentler days when neighbors could ask over the fence to borrow a cup of sugar and return that cup on their next trip to the local market?

I DO WANT a world where people can travel safely, without angst of their plane being shot down, or flown into a building.

I DO WANT a world where the United States of America can be the prosperous melting pot it once was, where everyone works hard together to build a beautiful nation, and where those who come here are treated fairly and decently…and not exploited. And where other nations respect our borders and their citizens cross here legally and peacefully. And those other nations welcome others with the same type of open arms and properly take care of their own, instead of making them so fearful that they feel their only option is to flee in such a way that they are risking their own personal safety to get here, as well as their own decency to possibly go from the fire to the frying pan, and potentially become exploited and abused once they arrive by the few who are unethical.

“What kind of world do you want? Think anything. Let’s start at the start, build a masterpiece. Be careful what you wish for…history starts now.” – Five For Fighting

What kind of world DO you want?