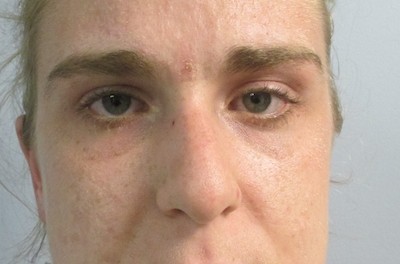 FRANKLIN, NJ – Following the arrest of Brittany A. Jamieson, 24, of Hamburg for narcotics violations on 7/31/2015 in the Wal-Mart, Detectives found her to allegedly be conducting fraudulent transactions at the Wal-Mart during the month of July.

Detectives found that during the month of July 2015, Ms. Jamieson has been taking several hundred dollars’ worth of merchandise from the store without first purchasing them.

She was arrested in Lake Wallkill in Vernon NJ on 8/3/2015 at 8:00PM and charged with one count of theft by deception by Franklin Detectives.

She is scheduled to appear in Court on 8/5/2015 to answer her initial narcotics complaints received on 7/31/2015 and to answer charges related to the new theft complaint.