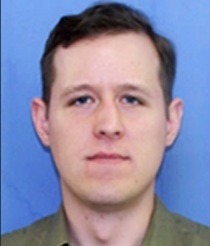 “I can confirm for you today that we are looking for Eric Matthew Frein of Canadensis, PA,” said State Police Commissioner Frank Noonan. “He is 31 years old, approximately 165 pounds, and about 6 feet, 1 inch tall with blue eyes.”

“We received a tip from a resident who was walking a path in the woods, approximately two miles from the barracks,” said Col. Noonan. The man observed a vehicle slightly submerged in a retention pond and called 911 to report the
suspicious vehicle.”

State police say that he is considered armed, and dangerous.

They believe someone, somewhere knows something about his whereabouts.