The mascots for the Krogh's Turkey Trot take a break from the festivities to strike a pose.

SPARTA – Locals gathered for a chilly start to this Thanksgiving morning for the “Tradition Before the Tradition” to benefit the Sparta Education Foundation.

The spirits were warm, as everyone who attended braced against the bitter cold air for the 2013 Krogh’s Turkey Trot.

The run is an annual favorite for county residents and beyond, as thousands converge on the Lake Mohawk Plaza for the race before they enjoy their celebration, which begins with a one-mile fun run, prior to the Turkey Trot 5K run.

Runners prepare for the start.

The runners take off from Krogh’s, head along East Shore Trail, before turning around at Spear Terrace, and returning for the finish line at the Lake Mohawk Plaza.

Warm ups this morning were a true “warm up,” as runners jumped up and down for jumping jacks and stretches, even more so to fend off the chill, before the starting siren signaled them to begin, and the 1,824 registered runners took off.

Prior to the commencement of the races, many mingled with family and friends, some attired in costumes, such as festive turkey hats. Leading the spirited costumes was the Sparta Spartan and the Turkey Trot mascot.

Some participants trekked to the Sparta Elks along the icy boardwalk to warm up, where the organization supplied complimentary piping hot coffee and treats before the race. Krogh’s was also packed with spectators, who were able to purchase coffee and cocoa to go, or were able to thaw out and enjoy a Bloody Mary, from the warmth of the restaurant. The sound of Sparta High School band floated on the air before the race, and the group performed The Star Spangled Banner before the 5K.

On Wednesday night, participants could pick up their race packets, and enjoy a pasta party at the Lake Mohawk Country Club, courtesy of Villa Capri II.  Friends of registered runners could partake in the pasta celebration as well for a nominal price.

All Fun Run Participants received ribbons as they crossed the finish line, and there were trophies to the top male and female participants for the 5K, as well as bouquets.

All proceeds from the Turkey Trot benefit educational causes, and this year, will be allocated for robotics programs.

The Title Sponsor for the races was Krogh’s.

The Gold Sponsor was Thorlabs.

Eastern Propane was the Bib Sponsor.

Rob Nicholson, III, President and CEO of Eastern Propane, was excited to be at the race with the Team Eastern group, which had about 150 runners registered. 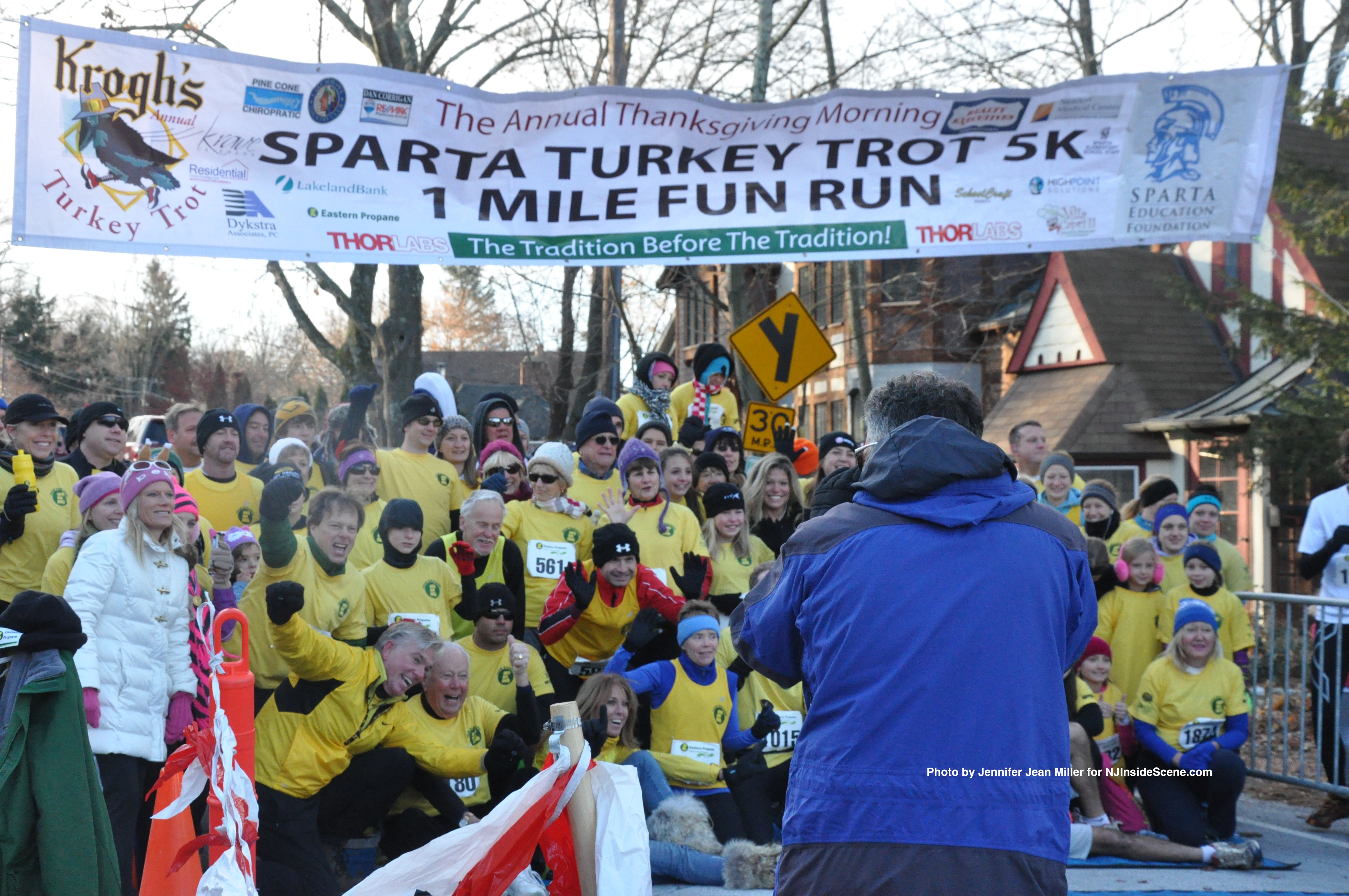 Members of Team Eastern gather for a photo before the run.

“The Turkey Trot is one of Team Eastern’s favorite events of the year,” Nicholson said. “It’s a great turnout this year, especially with our 75th anniversary. I’m very pleased too that my Dad [Bob Nicholson] at age 85, is running the race.” 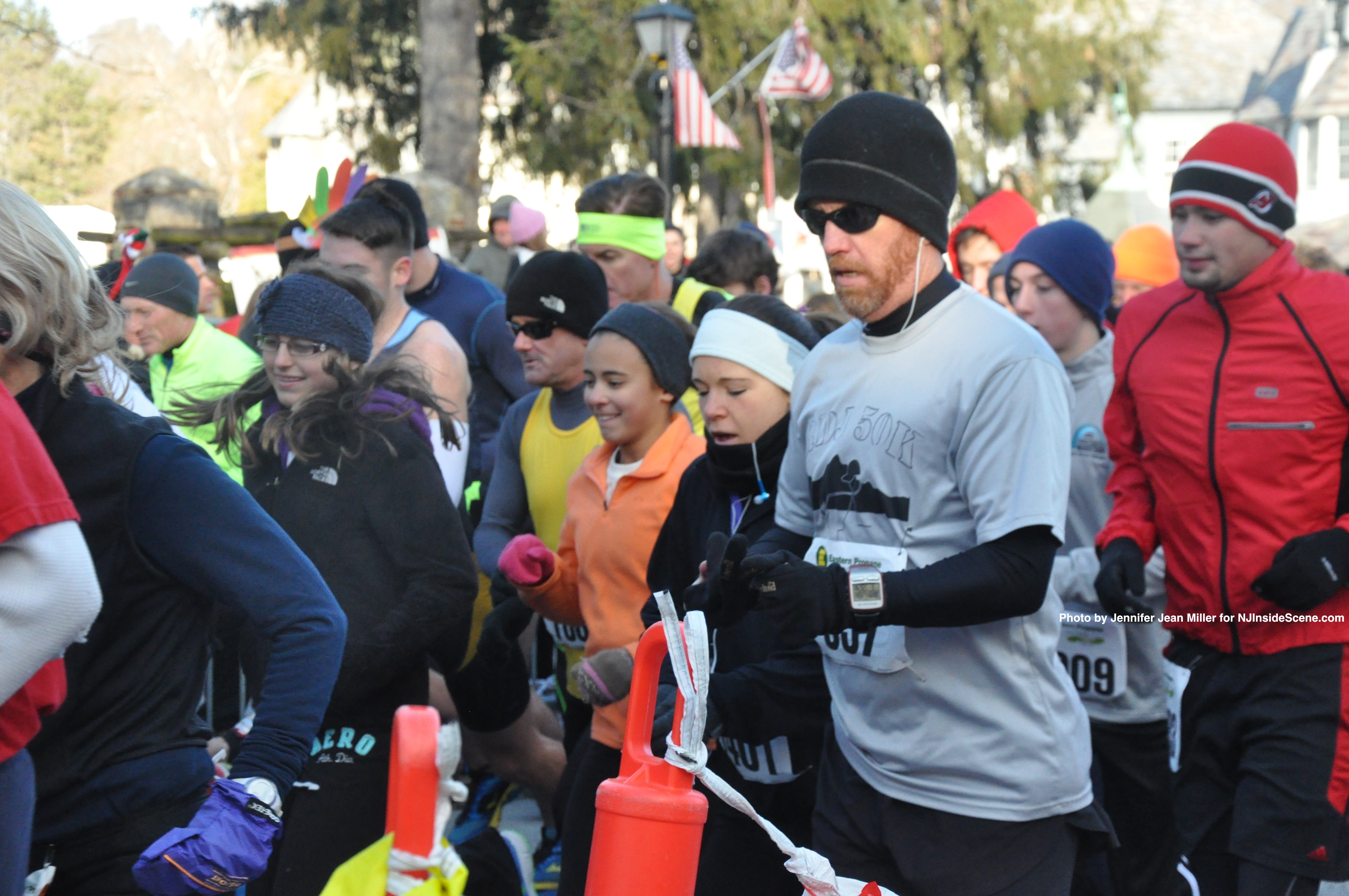 Runners pounding the pavement for a great cause.

The Sparta Education Foundation is a 501 (c)(3) non-profit organization, with a mission to help enrich Sparta students. According to the group’s website, they have garnered grants in excess of $409,000 for the district. Click here for more information about the group.

Click on the video at the top of this story for event highlights.