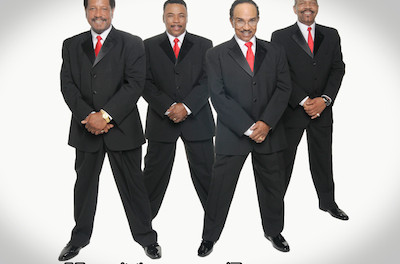 The Motown Experience is an all-star lineup of world class vocalists drawn from the ranks of the legendary groups that made many of these hits timeless classics. This dynamic vocal group is assembled from members of The Capitols (Cool Jerk), The Miracles (Rock & Roll Hall of Fame and Hollywood Walk of Fame Inductees) and from former members of The Temptations.

The Motown Sound was called the sound of young America, but it became the soundtrack of the lives of generations around the world for more than 50 years. The Motown catalog includes some of the most enduring songs in popular music, with a universal appeal. Motown music has such strong musical hooks that it has repeatedly been used in everything from movie sound tracks to commercials for the last 50 years, providing some of the most recognizable songs in music history.

The show is jam-packed with impeccable harmonies, dazzling choreography, and those timeless Motown grooves that everyone knows and loves. They perform all of the greatest hits from the likes of The Temptations, The Miracles, The Four Tops, Marvin Gaye, and Stevie Wonder. Every performance contains that unmistakable Motown stamp, including flashy suits, great singing and dancing, and a polished show that has set the bar for every vocal artist since the late 1950’s.

The backup band is made up of seasoned performers who have been the musicians of choice for hundreds of Motown, Nostalgia, Classic Rock and Doo Wop shows around the country. They have both live performance and recording credits with a veritable who’s who of popular music artists from the 50’s, 60’s and 70’s.

This show will be an unforgettable celebration for audiences from 8 to 80.